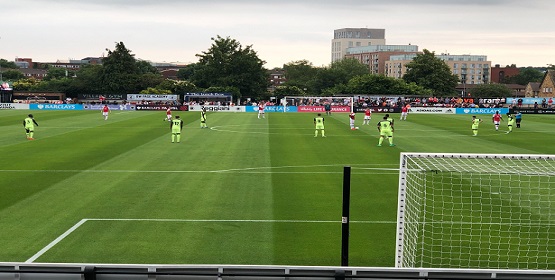 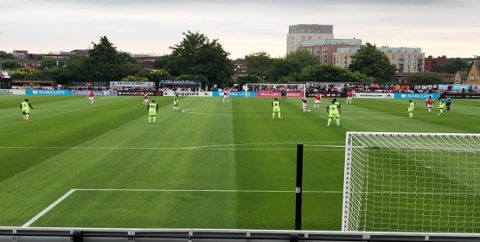 Arsenal, as usual, kicked off our pre-season away at Boreham Wood, but the result was a bit different to last year when we won 8-0 in Unai Emery’s first game as the Gunners coach.

Our Man Of The Match was Tyreece John-Jules, who came on for the second half and scored both goals in our late comeback with Xavier Amaechi backing him up from the left-wing. Arsenal were 2-0 down after just 15 minutes, but Matt Smith pulled one back only to see The Wood score again before the break. Then began the John Jules show, and you can see all the action as reported by Hughwizzy, the famous Arsenal supporting youtube star. If you go to his Twitter page he is giving away a new Arsenal Shirt!