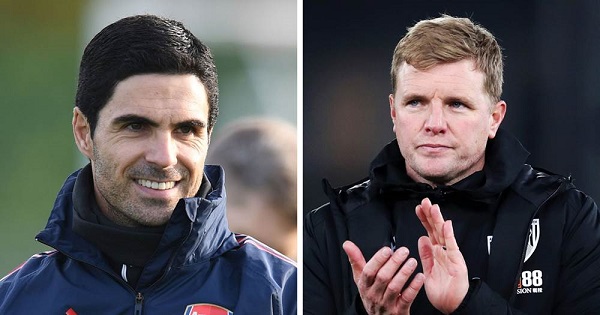 Mikel Arteta has to avoid being complacent against Bournemouth.

Mikel Arteta has succeeded in steadying the ship at the Emirates, however, he has registered just the one single Premier League win since he became Arsenal’s new manager.

He also won against Leeds United in the FA Cup, but there have been more draws than wins for the Spaniard overall.

I believe strongly that we are making progress under him and there is a good chance that we can achieve our major goal of finishing inside the top four.

However, I believe that we have to take every game seriously, even if it is not a Premier League match, the intensity has to be spot on no matter who we are playing.

Our next game will be against Bournemouth in the FA Cup and there is a possibility that Arteta might want to change things up and field a weakened side.

Given how small his squad is we might understand that, however, I believe that would be dangerous as we may lose that game and it would affect the players’ morale.

Bournemouth has struggled this season but they come into this game after beating Brighton 3-1.

Arsenal players and Arteta could underestimate Eddie Howe’s side and that would be a terrible mistake.

Losing at Bournemouth might not mean much as we’re trying to get a top-four spot and playing fewer games would help, but losing our unbeaten run could have an adverse effect. The last thing any of us want is to see the momentum that has developed, to falter.