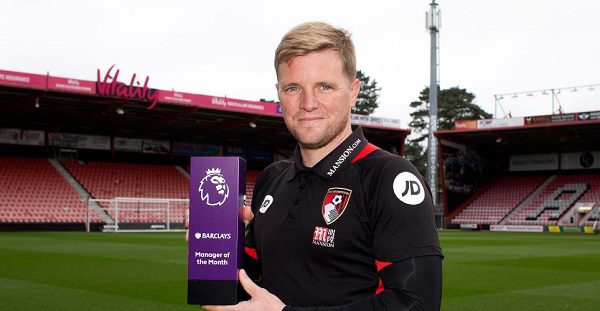 Bournemouth v Arsenal – There are good reasons to believe that Arsenal will emerge the victors today.

Arsenal are in bad shape there is no denying that but Bournemouth is arguably in a worse condition right now.

The Cherries have managed just one win and a whopping six losses in their last seven Premier League games, this is not a team in good heart.

That solitary win for Eddie Howe’s men was the freaky 1-0 away win at Chelsea but that to me was nothing more than a blip and the following 1-0 home loss to Burnley was more indicative of their current form.

In fact, Bournemouth has lost their last three home games against Liverpool, Wolves and Burnley.

We all know what Arsenal’s form is but we have slightly different circumstances with a new manager on board, that can lead to a new manager bounce and a change in attitude from the players.

Whatever Mikel Arteta brings to the table it will not change things overnight, especially with some of the senior players who are just treading water until they are moved on.

But you have to think that most of the players will want to impress the new manager and stake a claim for a regular spot in the lineup.

I do not expect to see any Man City style of play today, I actually feel that Arteta will go a little pragmatic, it is all about not losing and that will probably determine the Spaniards thinking.

I have said repeatedly if the players cover the basics and do their jobs correctly then they can beat almost any team in the Premier League, hopefully, Arteta has at least got to that stage where he has instructed the players to get the simple stuff right.

I reckon he will have done so and that will be enough to see Arsenal over the line today.