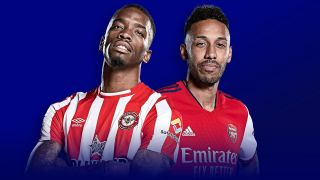 Arsenal will make the short trip across to west London this evening to take on newly-promoted side Brentford to kick off the Premier League season.

This London derby has been selected as the opening fixture of the entire division, and you can be forgiven for believing this is set to be a cagey affair.

The feeling at the Emirates is not overly confident after consecutive losses to both Chelsea and Tottenham in our pre-season Mind Series of late, but today’s opponent represents what should be an easier test.

All of our preparations will have been focused around getting our players ready for today’s match, and while we will be missing some key players, our team should be completely ready for tonight’s opening league match.

We will be without three key players for tonight’s match as confirmed on Arsenal.com, with Thomas Partey, Gabriel Magalhaes and Eddie Nketiah. The midfielder is expected to return to training in around two weeks, with the latter pair expected to be back closer to the three-week mark, but we should have more than enough cover for the positions at present.

There is one key player missing from this starting line-up in Bukayo Saka, but I feel like he is likely not quite back up to 100% after an extended summer break after his exploits at Euro 2020, while Nicolas Pepe is well-deserving of his place in the team regardless after an impressive end to the previous term.

With Nketiah already ruled out, Folarin Balogun could well be destined for his Premier League debut this evening, having been permanently promoted to the first-team squad for the new season.

Who do you expect to start ahead of the players in my predicted XI?