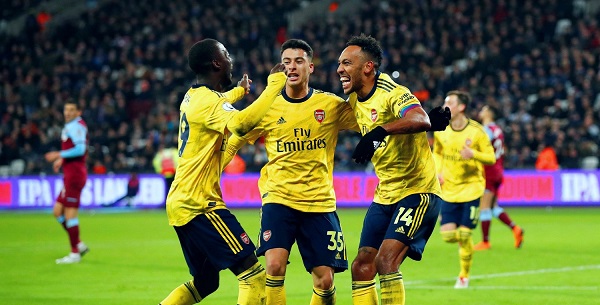 Can Arsenal afford to sell Aubameyang without replacement?

Clubs are said to be circling as news leaks out about our supposed willingness to sell Aubameyang this summer, which leads us to consider our future without him.

We are currently blessed with a number of attacking options, and while Alexandre Lacazette has not been at his best this term, we can certainly expect more from him with a full pre-season under Mikel Arteta, as well as much improvement to come from both Eddie Nketiah, Gabriel Martinelli and Nicolas Pepe.

The Portuguese star would not be in contention to play in a central role in the absence of PEA, but is looking like he is getting to grips with the Premier League, and will no doubt be aiding whichever player does get the nod for the central role.

While Lacazette will be the man expected to fill the void initially, cases can be made for both Martinelli and Nketiah however.

The Brazilian striker has bagged himself 10 goals in his very first season at Arsenal, despite his tender age of 18, and forced his way into contention for a starting role, and he has even impressed out wide to accommodate others to play as the central forward.

A number of fans and players alike have bee hugely impressed with the young English-born forward, with some likening his style to that of Ruud Van Nilstelrooy. This is obviously a huge jump for someone with such little playing time, but you can understand some of the ideals behind it.

NKetiah seems to have a knack for getting in the right place at the right time, and his finishing is straight out of the top draw. The striker has already moved ahead of Martinelli in the battle for minutes, but I would love to see the two of them paired in an attcking system which allowed them to switch naturally and open up spaces much like Rashford and Martial have been this term.

These two have a bright future ahead of them, and if Arteta could make them work together in the right way, we could well be in for exciting times, whether we keep Chelsea, Man United and Barcelona target Aubameyang beyond the summer or not.

Would Arsenal be willing to take the gamble of relying on these young players to take over the responsibility of Aubameyang’s goal threat? Could Lacazette find himself out of favour also? 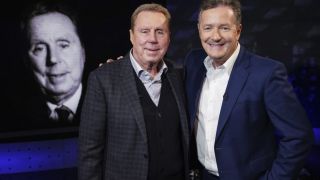