Can Arsenal finally recover some cash for Selling Torreira to Lazio

According to Sky Sports reporter Matteo Moretto, Italian side Lazio can be a possible destination for Lucas Torreira this summer.

The Biancocelesti who are now managed by former Chelsea boss Maurizio Sarri is interested in acquiring the services of the Uruguayan.

The 25-year-old and the Italian coach had impressive first seasons in the Premier League at their respective clubs. Sarri might have got the sniff of the former Sampdoria man when he shone for the Arsenal team, making 34 league appearances in the 2018/19 campaign.

On This Day in 2018, Arsenal beat Spurs in the NLD, with Pierre-Emerick Aubameyang scoring a brace, Alex Lacazette getting on the score sheet & Lucas Torreira scoring this memorable goal 👇pic.twitter.com/yiaqj4YE3f

Fiorentina is the other Italian side which can make a move for the out of favour Arsenal man.

Torreira has openly discussed the idea of leaving England and it is believed that he either wants a switch to South America or to Italy, where he was settled before moving to London.

Lucas Torreira's game by numbers for @Arsenal vs. Spurs:

The midfielder made 89 appearances for the Gunners, scoring four goals and assisting six. Many Arsenal fans are still perplexed as to why it did not work out for Lucas Torreira at Arsenal.

After an impressive first year at the Emirates Stadium, the 25-year-old’s market price rocketed up to 50 million. But after two torrid seasons in terms of form and minutes played, it has dropped considerably to 20 million.

With Arsenal reportedly bracing themselves for a summer squad overhaul, the Gunners London see Torriera as a perfect asset to be cashed in on.

But it could have been so much better for the Uruguayan at Arsenal. Maybe things simply weren’t meant to be.

But at least we may be able to recoup some of our outlay if he moves to Italy. 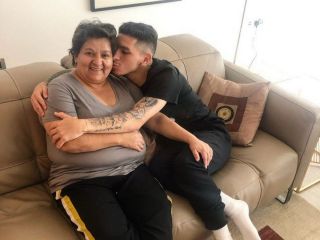 What did the bench against West Ham tell us about Arsenal’s transfer plans?
20 September 2020, 8:45