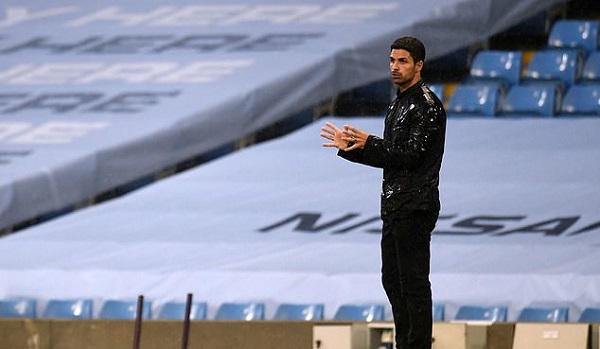 Can Mikel Arteta bounce back from the humbling loss at Man City?

Arsenal restarted the season with another depressing result as the Gunners were beaten 3-0 by Manchester City.

That result confirmed the fears of most of the club’s fans who expected us to be beaten by the Citizens as soon as we were paired with them for our first game.

Looking at that game from that point of view takes away the fact that we did start the game well and if David Luiz had not entered the match, we may have gotten something from the game.

Mikel Arteta will feel bad after his fine preparations for the game. We started the reign of the Spaniard very well and we were unbeaten in domestic competitions this year before that loss.

However, we also started Unai Emery’s reign very strongly and at some point, it felt that the club was on the right track.

But when the bubble burst under the former PSG boss, we went downhill until he was sacked.

I am not trying to make a big deal out of Arsenal’s loss to Manchester City, but it is obvious that games like this can change the course of a team’s season.

Our players will have been very confident heading into that game, but all their game plans was undone and they might struggle to pick themselves up again.

I trust Mikel Arteta, but I wonder is this the beginning of the end? Or can he get his players to bounce back immediately with a win against Brighton the next time out?