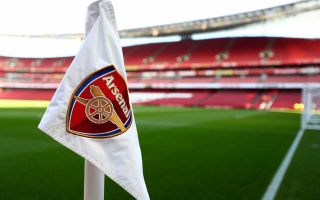 Can the EPL only restart at neutral venues if relegation is scrapped?

It is a well-known fact that all the Premier League teams want the season finished for financial reasons, but there is some concern over whether the remaining fixtures should be played at neutral venues, as well as behind closed doors, to reduce the chances of local fans congregating outside the grounds when the games are being played.

Right now it is believed that the bottom six teams, which are obviously the ones that are in danger of being relegated (causing an estimated loss of £200m to the unlucky few), are not happy about using neutral venues, as they rely on their home form to get them most of their points. As the Aston Villa chief executive, Christian Purslow, was quoted as saying in the Guardian: “At the bottom end of the table there’s a much smaller revenue base but the risk of relegation is probably a £200m catastrophe for any club that mathematically could still go down,”

“When you say to any club, ‘We want you to agree to a bunch of rule changes that may make it more likely that you get relegated’, they’re not thinking about TV money, they’re thinking: ‘My goodness, am I going to agree to something that results in me being relegated and losing £200m?”

As to the idea of neutral grounds, Purslow said: “Personally I’m against it. We’re a club that prides itself on home form. Two-thirds of our wins this season have come at home [five of seven]. We’ve got six home games left to play and I think any Villa fan would agree that giving up that advantage is a massive decision for somebody running Aston Villa and I certainly wouldn’t agree to that unless those circumstances are right.”

Now these ideas are going to have to go to a vote between the EPL clubs, and only 7 clubs need to oppose the plans for the restart to be scuppered, and with the six bottom teams sure to dissent, it only takes one more to join them and the vote will be defeated.

So, the only way to persuade the bottom six to change their minds would be to scrap relegation for this season, reducing their financial risk, although the TV interests would be dead against it as it would render a lot of games into meaningless contests.

It is certainly going to be an interesting meeting when these ideas get put to the vote, but who will win?