Carlos Vela reveals how desperate he was to leave Arsenal

Carlos Vela has admitted that his time with Arsenal was a tough one and he even claimed that he was so desperate to leave the Emirates that he didn’t care about where he was going to next.

The Mexican was on the books of Arsenal for seven years yet he failed to make an impression or to break into the Arsenal first team on a consistent basis.

He was farmed out on loan on five different occasions before he eventually found a home at Real Sociedad.

He has since done great in the MLS with goals on a regular basis but he will never be remembered in England for the goals he scored and he has now revealed that he struggled as an Arsenal player.

He couldn’t give the specific reason why he struggled to adapt to life at the Emirates despite Arsenal’s efforts to help him settle down and become a member of their first team.

He told GQ: “The most important part of my life came in San Sebastian: my new family.

“I came from three years of being in London, which I couldn’t adapt to.

“I don’t know how to explain it specifically. It was a place I don’t have good memories of. I wanted to get out of there.

“There I started to enjoy my football again after three such bad years of living in England.

“I didn’t know anything about the Basque Country.

“I wanted to leave so much that when I heard I had a good offer to play and leave England, it was a case of me saying: ‘I love it. Yes, let’s go.”

Vela had the talent but not the mental strength to make it work in England but regardless, I am sure all Arsenal fans continue to wish him well. 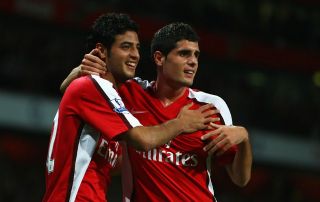