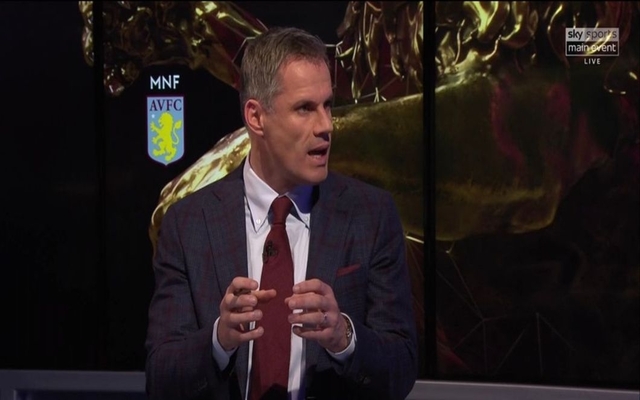 Jamie Carragher on ‘confusion’ that Unai Emery’s created at Arsenal

The pressure is mounting on the Spaniard after Arsenal’s disappointing draw with Southampton last weekend.

The relegation candidates managed to have 21 shots – which seems unacceptable against a club that have such high ambitions.

Carragher also explained that Emery manages in a way that would be expected by a ‘lower team’. The Scouser also hinted that the former PSG boss isn’t a ‘great coach’ because of his failure to stabilise Arsenal’s defence.

Here’s what the former England international had to say on Emery’s key failings since taking over:

“Unai Emery hasn’t adapted, he’s created confusion, confusion in the crowd and confusion for himself.”

“The Southampton game summed up the 18 months of Emery, really. How many times have we seen them messing around at the back and almost conceding goals?”

“If I think of Emery and Arsenal, and how they play, they score goals and concede goals. They play out from the back and almost concede goals.”

“He’s used more players than anyone. He’s made more changes at half-time or before half-time than anyone. That’s something you’d expect a lower team to be doing.”

“I’m not quite sure what is really going on there, and that’s why the confusion is being created.”

Should Emery be given his marching orders by Arsenal?

“The easiest thing to coach, and we both know that, is to set up a team. And that’s a worrying thing for me, that he can’t stop that.”

It’s hard not to agree with Carragher’s point on the current state of our defence. Our inability to deal with pressure seems to always allow respectable weaker teams the chance to pull off a result against us.

Read More: Carragher’s partner, Gary Neville, believes that Arsenal’s board are ‘split’ over the potential sacking of Emery.

Finally Carragher hinted that the Gunners could seek a new manager because ‘they’re worried about missing out’ on top candidates following Mauricio Pochettino’s recent dismissal and the apparent pressure around Ole Gunnar Solskjaer at Manchester United.

Should Arsenal part ways with Emery sooner rather than later?