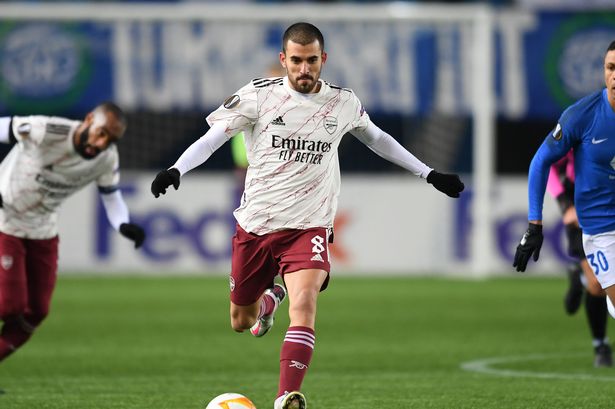 Ceballos explains the reason behind his new buzz cut

Dani Ceballos has a noticeably different look recently after he cut his hair last week.

He was talked about on social media on his new look as he has been known to sport a fine flock of hair.

The midfielder has now revealed what really happened that he got his hair down to its current level.

He claimed that it all started as a joke when he told his girlfriend and his parents that he was going to cut down his hair.

They didn’t believe him because they thought he would never want to tamper with his hair.

He wanted to prove them wrong, took the clippers not realising that it was set on zero.

When he got the realisation, the midfielder said that it was already too late for him to change his mind, so he just continued with cutting his hair.

“Well, it started off as a bit of a joke with my girlfriend and my parents,” Ceballos explained to the official matchday programme.

“I was like, ‘I’m going to shave my head!’ and they didn’t believe I had it in me. I started doing it but didn’t realise I had the clippers basically on zero. I stopped for a minute but then realised there was no turning back, so ended up shaving it all off.

“At the end of the day I don’t think the new look suits me too badly. I still feel like me – I’m happy with it!”

Ceballos hasn’t been as impressive as he was during his first stint on loan at Arsenal, he will be hoping that his new hairstyle also brings about better performances.

Arsenal could land two Real Madrid stars as the Spanish giants prepare a clear out
2 April 2021, 16:30