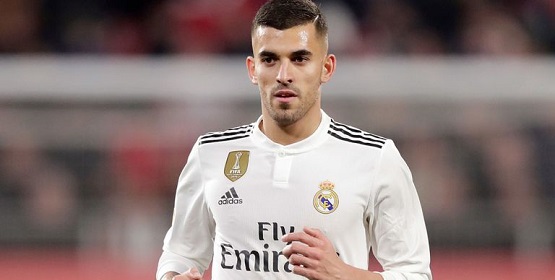 Ceballos officially an Arsenal player but will his signing solve the big issues?

So, Dani Ceballos is now officially an Arsenal player after the club announced his signing on a one-year loan deal from Real Madrid.

Ceballos is a good player, he showed that in the recent U21 Euro Championships but it is not a permanent deal and I have to ask, are you now more positive following this acquisition?

I am, but only slightly, he is not a player we needed desperately, he is not a central defender or even a winger and while he could fill the vacant Aaron Ramsey spot I am not sure he is exactly a box to box midfielder either.

From what I can gather, he is more of a number 10, even though he will wear the number 8.

8️⃣ Dani will wear the number eight shirt this season

Apparently, Ceballos is a versatile player and can play in various midfield positions but he is not a defender and neither his he an out and out winger.

It would be wrong to be too negative because he is a quality player that will no doubt do a job for us but I remain frustrated that we have not focussed on the areas in the team that we need to sort out as a matter of urgency.

Will the signing of Ceballos stop the leaking of goals? Not in my opinion and that is what we have to concentrate on.

It does feel petty to not be overwhelmed by this signing but that is the attitude the club has created in the fans because we are not stupid, we need defenders and for all the will in the world, Ceballos is not a defender.

But who knows, he may be just one of a number of new signings that does include a few defenders and in that scenario, I would be far more positive than what I am right now.

Put it this way, Ceballos would be great for us next season if we strengthen other areas as well, if we do not, then what is the point?