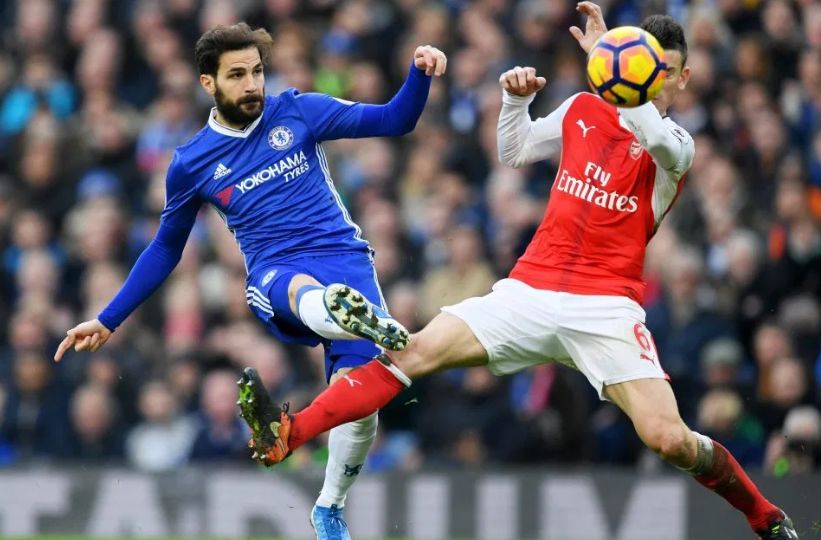 Fabregas has attempted to explain himself…

Former Arsenal star Cesc Fabregas has defended an image of himself brought up by a Gunners fan on Twitter.

The Spaniard notably played for both London rivals in his career in England, though he had a three-year spell at Barcelona in-between, so did at least not make the controversial move from the Emirates Stadium to Stamford Bridge directly.

Still, it’s no doubt it was painful for many of us to see our former captain wearing blue, and this fan had a dig at Fabregas for appearing to pat the Chelsea badge during an appearance back at Arsenal. 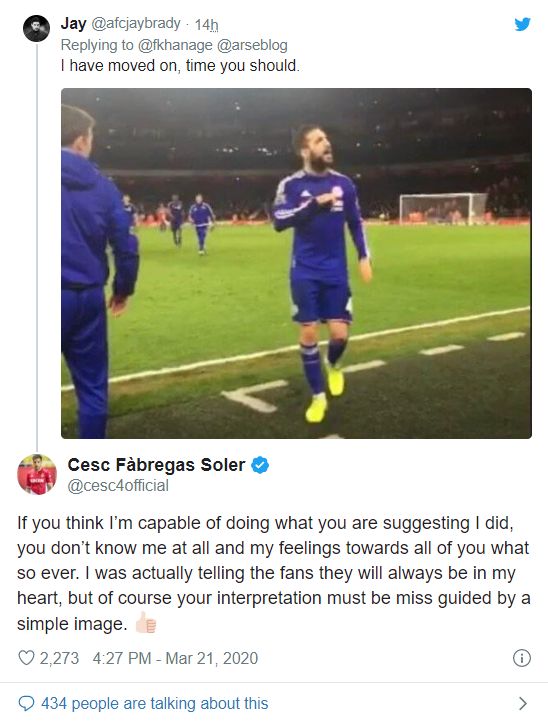 See the exchange above, with Fabregas insisting the picture is not what it seems.

The 32-year-old, now contracted to Monaco, says he had meant to tell the home crowd that they would always be in his heart, rather than trying to taunt them by pointing to his new club’s badge.

It does seem unlike Fabregas to behave in this way, as he’s mostly shown himself to be a pretty classy character. What do you think? Let us know in the comments below…