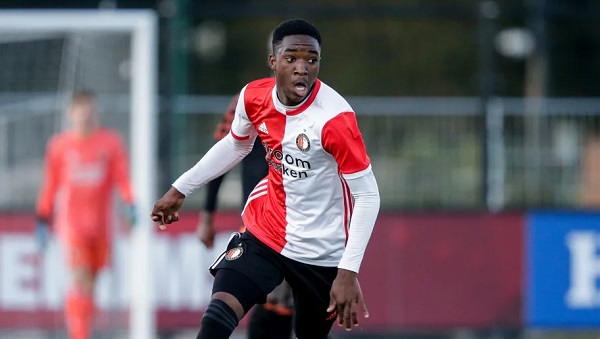 Chelsea ahead of Arsenal in the race for exciting Dutch teenager

Football Insider is claiming that Chelsea is now the leading team in the race for Dutch teenager, Lamare Bogarde.

Arsenal and several other English teams have been linked with a move for the 16-year-old for some time and the Gunners are keen to add him to their team ahead of next season.

However, they now face serious competition for his signature as Tottenham and Chelsea have also been linked with a move for the Feyenoord man.

He is the second Feyenoord player that has been linked with a move to the Emirates as Mikel Arteta is also looking to make a move for Orkun Kokcu ahead of next season.

The report on Football Insider claims that a Chelsea source told them that the feeling around Stamford Bridge is that they are ahead of his other suitors in the race for the teenager.

Teams like Borussia Dortmund and Schalke 04 are also looking to take him away from the hands of his English suitors claims the same report.

His brother is currently with Hoffenheim and he has played for the Under-16 side of the Netherlands this season and performed impressively for them.

Arteta has shown faith in youngsters since he became Arsenal’s manager, and the Spaniard would hope that he can convince the teenager to make the move to the Emirates.