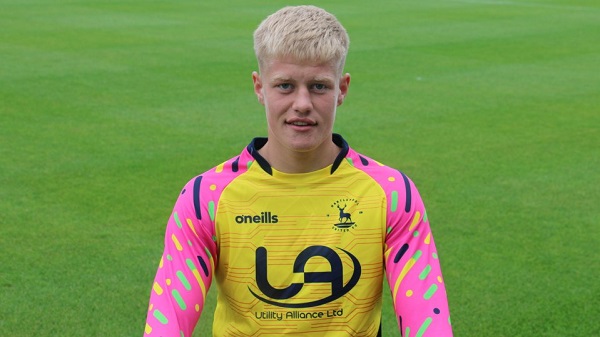 Chelsea beat Arsenal to the signing of teenage goalkeeping star

Chelsea has reportedly beaten Arsenal and other suitors to the signature of Hartlepool’s Brad Young.

The goalkeeper has been on the radar of some of England’s biggest teams for some time now and Arsenal was keen to land him, according to the Mirror.

The Gunners have been tracking the 17-year-old who has been trained by a former Chelsea goalkeeper at the football league side.

The Gunners have developed a reputation for training some of England’s best homegrown talents over the years and this season has been no different.

Bukayo Saka, Reiss Nelson and Gabriel Martinelli are youngsters that have been given chances to shine at the Emirates this season and Arsenal was hoping that they would be able to convince Young to join them.

Mikel Arteta has made it clear that he would give chances to players who have shown that they deserve to play and Young stood a good chance of playing if he had joined.

Chelsea, the same report claims, had him on trial for the past two weeks and the club has seen enough of him to offer him a deal.

Arsenal will now turn their attention to their other transfer targets as Arteta continues to rebuild the current side.

The Gunners, just like other clubs are waiting to see the decision that the Premier League will take over the completion of the season.