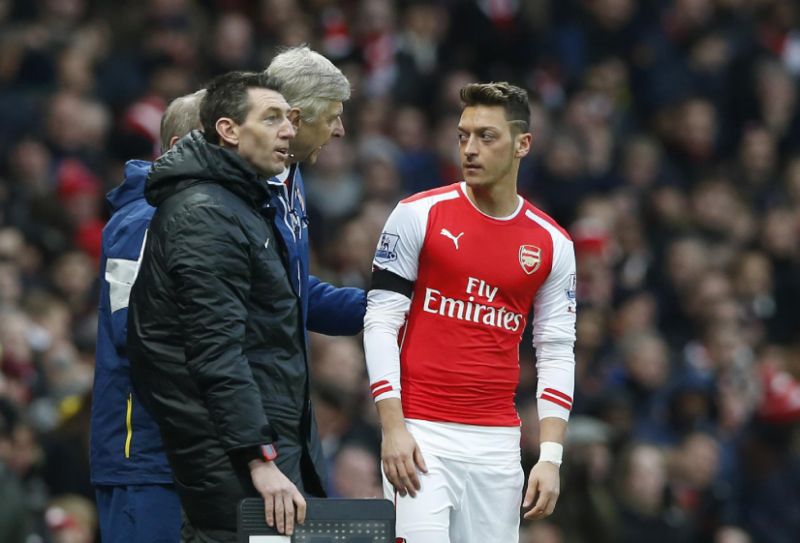 Paul Merson has claimed that Thomas Partey’s arrival should have reopened the door for Mesut Ozil at Arsenal, after watching Chelsea impress on Saturday.

The Blues were convincing 3-0 winners over Burnley at the weekend, despite lining up with a back four plus N’Golo Kante, while the rest of the players were given the freedom to attack up the field.

Their display has led to Paul Merson to believe that Arsenal in fact missed a trick in leaving Mesut Ozil out of their playing squad.

The German will not be playing outside of domestic cup competitions between now and the winter transfer window, having not been registered to play in either the Premier League or Europa League currently.

The signing of Partey has convinced Merson that Ozil’s ommision was a mistake, with the midfielder giving Arsenal enough to accommodate the former Real Madrid star.

“I think there was a stage for Ozil now Partey’s in the team,” he told SkySports. “I watched Chelsea play against Burnley, they played a back four, they played N’Golo Kante in front of the back four, and let everyone else get on with it. They ripped Burnley to shreds, I haven’t seen too many teams make Burnley look bang average.

“Because Kante was playing in that holding role, it gave Kai Havertz and Mason Mount the freedom to do what they want, they didn’t have to spend most of their time on the edge of their own box tracking back.

“Then if they do drop someone in to pick up Ozil, you’ve got someone like Partey who’s very comfortable on the ball and can hurt you. Then that frees a midfield player up. I think there’s a trick being missed here, but that’s just me.”

If Ozil’s ommision was only on football terms, should Partey’s arrival have brought Mesut in from the cold?

Partey and Elneny could return to Arsenal soon as AFCON reaches its final group games
18 January 2022, 18:30