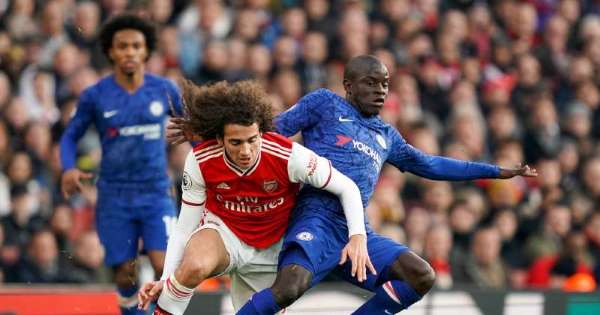 Chelsea v Arsenal – The Gunners can win – but will they?

To be absolutely honest I have no idea what to expect from Arsenal at Stamford Bridge tonight. We could see another shocker as we have done many times this season or we could see a repeat of the performance against Man Utd or the 80 minutes against the Blues just a couple of weeks ago.

The lack of consistency from Arsenal, under all three managers this season has been the only consistent thing about this team and that has impacted confidence within the team and in the stands.

It does help that Chelsea are just as inconsistent, that does give hope of a positive result but that is all we have right now, hope.

Arsenal can match Chelsea, they proved that in the game at the Emirates and one can point to some very bad refereeing and lack of concentration at the end as mitigation and so on a positive note, Arsenal can beat Frank Lampard’s men. It is not as if we are playing Liverpool at Anfield.

The defence is better, yes they make the odd howler but nothing compared to what it was like. The midfield is doing far better, especially Granit Xhaka and Lucas Torreira, though lack of creativity remains an issue.

Without Pierre-Emerick Aubameyang the attack is blunted but Gabriel Martinelli is a potent threat, as much as Chelsea’s Tammy Abraham I would suggest.

So the ingredients are there, but if the mentality is wrong then a defeat looms.

For me, everything will depend on how Mikel Arteta approaches the game. If he sends the players out to defend and hope for a Newcastle United snatch and grab, then do not be surprised if the Blues put Arsenal to the sword. However, if Arteta sends them out to have a right go and be on the front foot then they have a good chance of picking up all three points.

The Chelsea midfield, on paper, is strong but they have been found wanting this season, their defence is not of the highest quality by any stretch of the imagination and they are not much better at creativity this season than Arsenal, so the opportunity is definitely there to register a win at the Bridge.

On balance, I would suggest that a draw is probably the most likely outcome and that is what I am predicting for the game.

**Check out my team prediction for Chelsea v Arsenal here**