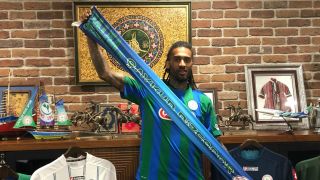 Former Arsenal defender Armand Traore has talked up a move to sign Thomas Partey this summer, likening him to former Invincibles Patrick Vieira and Gilberto Silva.

Partey has been strongly linked with a move to the Emirates this summer, with speculation increasing as the previous continued, and the only stumbling block now appears to be his asking price.

Arsenal appear unwilling to trigger the player’s release clause at present, which is set at €50 Million, but the majority of reports believe we will try and raise the fee via sales.

One former Gunner has urged the club to sign Partey, likening him to two former superstars Vieira and Gilberto, having played alongside the latter, while urging us to keep Aubameyang also.

“I would strengthen the central defence. I wouldn’t mind a guy like Partey, sitting in front of the defence, somebody a bit angry.

“He reminds me a bit of Gilberto Silva or Vieira, somebody who can go out there and have a go.

“I think Arteta’s doing a great job and I can only see them doing well in the future to be honest.”

I don’t think that many Arsenal fans will disagree with any of these points, and the feeling around the club is that Mikel Arteta is not only the right coach to lead us back into contention, but the club appears to be working with him to make all the necessary changes to help us along the way. 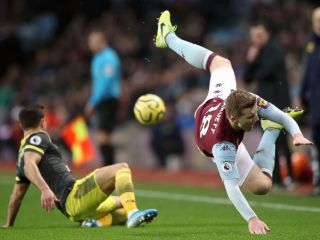