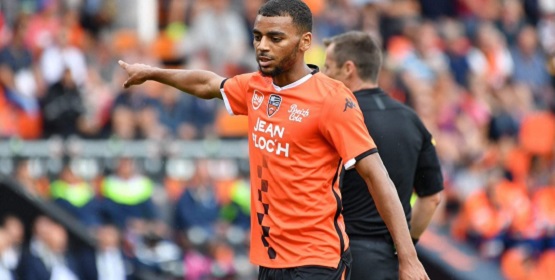 Competition mounting for player Arsenal have already tabled a bid for

All Arsenal fans know that the club needs a major shakeup this summer, however, it is becoming clear that it is not going to be easy to land any of our primary targets.

One of those targets is Lorient forward Alexis Claude-Maurice who we have reportedly already submitted an £8 Million bid for.

But it seems that competition is mounting up for his signature with West Ham having tabled a bid as well and Lyon, Monaco, Lille and now Bundesliga outfit Borussia Monchengladbach reported to have entered the race for the 21-year-old.

It should be noted that the bid from us and West Ham has been rejected so as things stand today none of the interested parties actually have an accepted offer on the table.

The young Frenchman shot into the limelight with 14 goals for his club last season and while he remains a work in progress he definitely has the talent to rise to the very top.

Because of his potential, Lorient will only listen to offers that start at £15 Million and are expecting a final bid to be in the region of £20 Million.

Claude-Maurice does look a particularly exciting prospect I admit and he would certainly do a decent back-up job to Pierre-Emerick Aubameyang and Alexandre Lacazette but for me, we already have our own excellent young prospects that are more than capable of fulfilling that role and they would cost us nothing.

But that does not mean we should not at least consider buying the young forward, he is certainly talented.