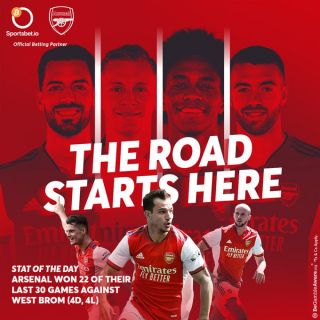 The teams are out for today’s Carabao Cup clash at the Hawthorns where Arsenal will take on West Brom for a place in the third round in the competition.

Many will be excited to get a close look at last week’s signings Aaron Ramsdale and Martin Odegaard, who are in line for their first starts since joining permanently, although there will be little shocks from the Norwegian as we did enjoy his spell with the club earlier in 2021.

The Gunners will be looking to take this opportunity to break up their terrible form, having lost both of our opening Premier League fixtures thus far, while WBA have started their campaign in the lower division extremely well, winning three and drawing one in the Championship.

We will have to make do without Ben White, Eddie Nketiah and Thomas Partey this evening, but there is more than enough talent in the named squad to get the much-needed victory we require to give us a little confidence boost.

📋 Tonight's lineup is in…

Who are you most keen to see impress from today’s matchup? Scoreline predictions?