Confirmed: Maitland-Niles set to be an Arsenal star for many years… 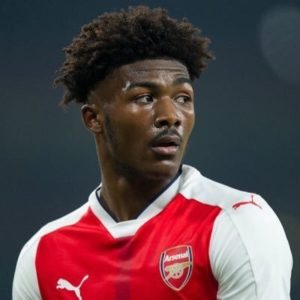 Arsenal may be making loads of moves in the transfer market this summer, but both Gazidis and Emery have emphasised that the Gunners are still going to continue their policy of bringing youngsters through the Academy. Wenger’s last major promotion from the younger ranks was Ainsley Maitland-Niles, who has grown to become a regular in the Gunners first team, albeit he was usually played out of position.

But that versatility has now been rewarded with a long term contract and an earned pay rise as Emery is convinced that AMN will become an integral part of his new revolution at the Emirates. The official Arsenal website announced the good news by posting this….

Ainsley Maitland-Niles has signed a long-term contract extension with the club.

Joining our academy at the age of nine, he enjoyed another successful season, featuring regularly for the first team in 2017/18. He made 28 appearances during the campaign at wing-back or full-back and in midfield.

An England youth international, Ainsley has captained his country at under-20 level and was a key figure in their under-20 World Cup triumph in June 2017, the first time the Young Lions have ever lifted the trophy.

Ainsley will wear the No 15 shirt next season. Congratulations on your new contract Ainsley. We all look forward to your continued progress with us.

Ainsley was particularly impressed that Unai Emery had a big discussion with the Board about him before he was even given Arsene Wenger’s old job, and that has convinced the 21 year-old that he had a big future with us. He said: “You don’t really hear a lot of young players being shouted out by their managers, especially a new manager who hasn’t really seen them play too much,”

“I think it’s brilliant to hear from him and it gives me a load of confidence.

“It feels fantastic knowing that I’m going to be a part of the squad, and a big part of the squad. It means a lot with the new head coach coming in and Arsenal tying me down [with a new contract]. I’m very pleased.

“We had a little meeting. He said that he wants all of his players to work hard and I’m no stranger to doing that. It will be second nature to me.

“I think [the high-pressing game] suits me a lot, too. I’ve got a lot of pace to give to the team, pressing up high and winning the ball back as soon as possible is a major factor in football.”