Could Emi Martinez’s fairytale continue with an England call-up?

Did We Produce England’s Next Keeper? By Dan Smith

It’s fair to say that Gooners have been keeping an eye on Emiliano Martinez at Aston Villa. He won his place in Arsenal folklore not just by his contribution towards us lifting the FA Cup but the emotion he showed afterwards.

He explained this movie-type story of leaving South America as a teenager, his mum in tears, promising to one day return with a winners medal.

Since then there has been constant comparison with Martinez and Leno, due to us selling the Argentine because we wouldn’t guarantee him the number one spot.

It’s hard to ignore his 12 clean sheets since (only Man City have conceded less) especially when our goalie started the campaign out of sorts. Leno made terrible mistakes in Vienna and at Wolves, while you could argue he pushed the ball in the middle (not to the side) for Liverpool and Man City goals. He was out of position for Vardy’s header and could have done better to stop Auba’s own goal from a Burnley corner.

The German did re-find his mojo over Xmas, but not enough to leave some wondering will we regret not at least arranging a buy back clause with Villa? 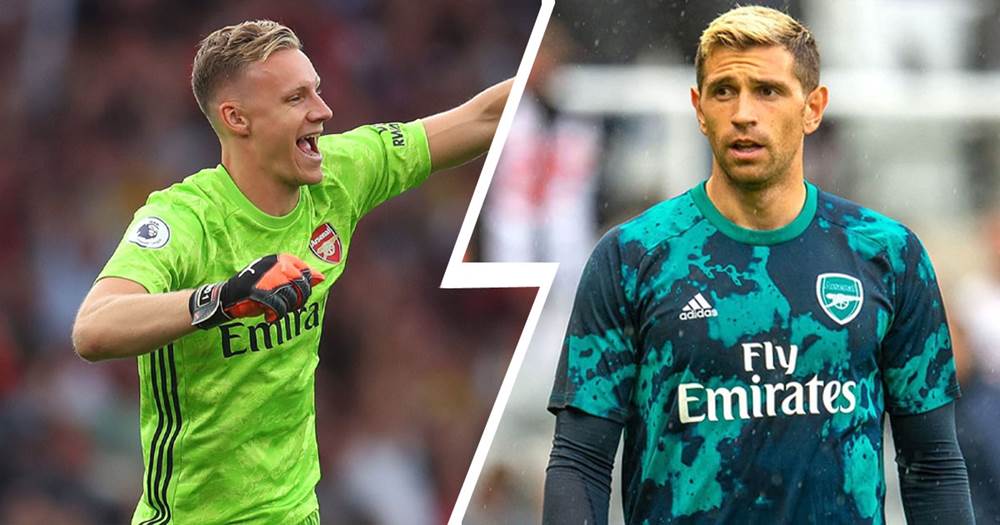 This article isn’t so much about comparing Martinez with Leno, more taking pride in ‘one of own’.

No different to how I now keep my eye out for how Jack Wilshire is doing at Bournemouth, Martinez was equally with us from the age of 18 – 28.

I could understand his reasons for leaving and wished him all the best. Let’s be honest, it couldn’t have gone better for him at Villa Park.

Little did we realise when he was in our academy, but we may have produced the next keeper for ……..England! Even though he is clearly from Argentina he qualifies for England due to the home-grown rule.

This time last year he had been at the Emirates for a decade, never played in the League for us and been loaned to 6 clubs.

Since then he’s won a major trophy, been sold for 20 million. become one of the best in his position in the division and could now even be a possibility to play at the Euros.

None of that would have happened had Leno not got injured in July which shows you sometimes you need some luck to get your chance.

Of course Southgate might be opposed to selecting someone who is obviously from Argentina and then there is the case of how Martinez feels about everything.

He has been been in the squad for six of their matches, three friendlies in 2019, and three World Cup qualifiers since leaving North London, but is yet to pick up a single minute of action.

First, he needs to judge if it is realistic for him to ever be the Argentine number 1 (I think it is), and if not, what do you prefer, a squad player for your actual nation of birth, or to play for your adopted country and play at major tournaments and get all the sponsorship deals that come with the Three Lions?

To be fair he’s spent his adult life in England so it’s not like he won’t have respect for the country. Make no mistake he’s playing better than any English keeper at the moment. In fact I would say if you had to name your best Prem 11 right now, only Ederson has played better this season.

Arsenal’s youth set up has given England the likes of Tony Adams, Ashley Cole and Super Jack. What about Emi Martinez?

I said after he won the FA Cup and he told the tale of leaving his weeping parents in Argentina, promising to return one day from Europe with a winners medal, that they could make that into a movie. Well, playing at the Euros for England could be the next chapter.