Arsenal are going to bring in some serious talent next summer to make up for the loss of some of our biggest stars that could depart the club. Wenger managed to make a profit in the last transfer window thereby hopefully building up a large war chest for the next one and it looks like he will need every penny!

One of the reasons that we saved money was Wenger managing to persuade Saed Kolasinac to join the Gunners on a Bosman move from Schalke04, and the Bosnian international has quickly become a firm favourite with the fans for his powerful performances so far. Kolasinac admitted that Wenger was a big reason for him coming to Arsenal. He said: “Yeah, there were offers from other clubs. But the whole package here just seemed right. I’ve followed Arsenal for a long time, even when I didn’t know I’d end up here eventually. They always played such attractive football, with an onus on going forward. I always enjoyed watching Arsenal matches and when I heard that the club was interested in me, when I met Arsène Wenger, I knew straightaway that I wanted to come here. From there it all went pretty quickly.”

Recently, Arsenal have been linked with one of Kolasinac’s old team-mates from Schalke, the midfielder Leon Goretzka, and there is a good possibility that our left wing-back has been telling his friend good things about the possibility of joining him in North London. Like Kolasinac, Goretzka is tall and powerful, and at only 22 years old he could have more than enough time to become a legend at Arsenal. 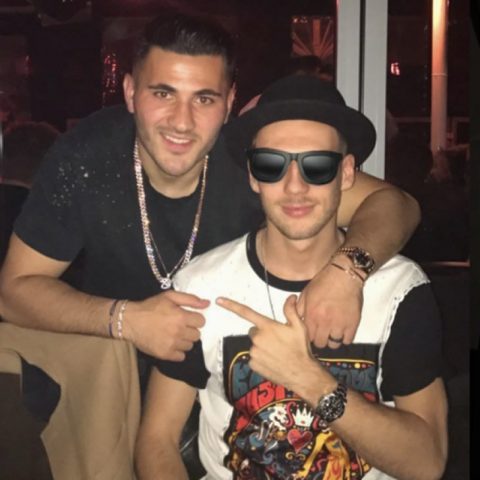 They look to be close friends and after playing together for a few years in Germany they should have a good understanding on the pitch as well. I hope Wenger has told Kolasinac to put in a good word!