Leeds United writer for The Athletic, Phil Hay, is claiming that the Whites like Arsenal goalkeeper, Emiliano Martinez.

Martinez has been Arsenal’s first choice since Bernd Leno got injured in the Gunners’ match against Brighton.

The Argentinean has been in fantastic form in goal for the Gunners so far, but when Leno is back to full fitness, he is likely to become the club’s second choice again.

But his performances in goal so far will have caught the attention of several top-flight teams, and Hay is claiming that Leeds might move for him.

Leeds United have just secured their return to the Premier League after 16 years in the lower divisions of English football.

Being one of the most recognisable teams in England, they have been tipped to thrive in the English top flight.

They, however, know that they will have to make good signings for them to survive and Martinez might be one.

Should they make their move, it will be interesting to see if the Gunners will allow him to leave.

Martinez has helped Arsenal reach the final of the FA Cup this season and if he wins it with the team, it will make him even more in demand by other teams.

Some inside Arsenal feel they made the wrong summer transfer decision
10 March 2021, 17:30 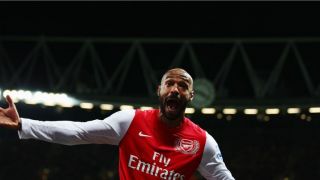