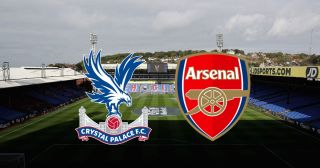 Arsenal are set to take on Crystal Palace at Selhurst Park this evening in our penultimate Premier League match of the season, and will do so without up to three first-team regulars.

Granit Xhaka isn’t ruled out as of yet, but his availability needs further assessment before a decision is made after his groin injury.

Arsenal.com has confirmed that both Hector Bellerin and David Luiz will not feature.

The Spaniard is claimed to be working hard to return for the final match of the season this weekend after suffering bruising to the bone of his lower leg in a clash during the Chelsea match last Wednesday.

David Luiz is also hoping to return against Brighton on Sunday, having fallen foul of a hamstring injury against Newcastle prior to our Europa League exit earlier this month.

The Gunners will need to win tonight to keep any hopes of earning a place in Europe alive, while three points could still see us cemented into finishing outside the top seven depending on other results.

Assuming all our attacking players are somewhere close to being fit, I believe the chosen front four is our best option to give us the win in South London.

Who do you believe is our best front four? Do other players have better form and deserve considering?