Culture secretary confirms working on return to action next month

Culture Secretary Oliver Dowden has given us an update on the latest plans to return to action, with a vote expected today on whether clubs can return to training.

Arsenal haven’t played a minutes football since beating West Ham 1-0 at the Emirates on March 7, but should the latest plans come to fruition, we could be back in action in around 3-4 weeks time.

Our side has 10 matches remaining of the current league campaign, as well as an FA Cup quarter final with Sheffield United to look forward to should a safe passage to complete matches be agreed upon.

Oliver Dowden has confirmed that the clubs and the government are working closely together, and that talks on Thursday had gone well.

“I had some very constructive discussions on Thursday with the FA, the EFL and the Premier League,” said Dowden.

“We are working hard with them to try and get it back, aiming for mid-June, but the number one test if public safety.

“They, like a lot of other sports we’re looking at returning behind closed doors, have met with Public Health England several times to look at the safety.

“If we can sort that out then we will look to resume by mid-June. We’re making good progress.”

The Culture Secretary added that he was also working on agreeing a deal that would allow some of the remaining matches to be aired on terrestrial TV, in hope of reducing the want for fans to leave their homes on matchdays.

He said: “As part of that I’m hoping we can have something a bit more ambitious with some more free-to-air matches for people to watch from home because that would be helpful in terms of discouraging people from leaving their home to watch it.

“There are various options. It wouldn’t all be free to air, but for example there is a rule at the moment that at 3pm you can’t show matches on TV because people were watching it in the football stadiums.

“Clearly that’s not going to be the case any more so some of those slots may be available for free to air so we’re looking to see whether we could do that as part of the wider broadcast package.

“It wouldn’t be all of it because a lot of these already have the rights sold.”

I’m not going to lie, a return to action would definitely boost my morale, but there appears to be a growing list of players who are against the idea of a return currently, and while we don’t expect the clubs vote against a return to training, it could well cause issues at some clubs.

Do we expect any Arsenal stars to refuse to return to training? 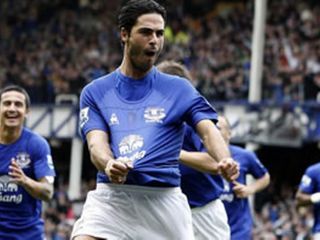