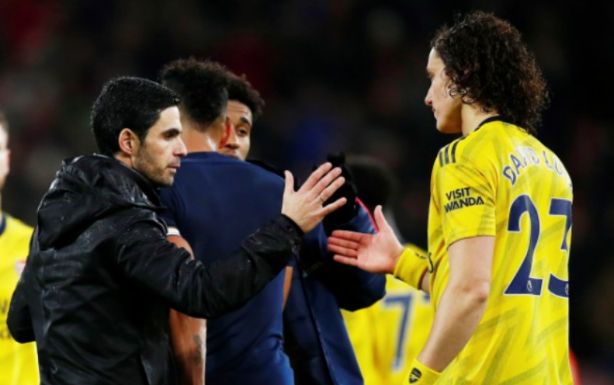 Current Arsenal star reveals he wants to return to Portugal

Arsenal defender David Luiz has revealed that he wants to return to Benfica, a club very close to his heart.

The Brazil international has been one of our better players this season, especially since Mikel Arteta came in as coach, and is expected to retain his first-team role next term.

Luiz has just the one year remaining on his current deal, having joined from rivals Chelsea last summer, but his recent remarks may well have him considering a move before the end of his contract.

The defender turned 33 years-old yesterday, and could well find his first-team spot under pressure with the arrival of Willam Saliba come the end of the campaign. Pablo Mari is also expected to sign a permanent deal at the end of his current loan, and Luiz may well make the decision to move on.

The former Chelsea star was reminiscing of is time in Portugal of late, and has revealed that he never wanted to leave Benfica in the first place, and that he wants to wear their shirt once more.

Luiz admitted: “I was scared to leave Benfica, scared to start a new story. So Rui [Costa], the director of football, pulled me aside and talked to me.

“I was scared to bring my story at Benfica to a close, my love and the pleasure I had for living in that country and playing for Benfica.

“I told [Costa], ‘I don’t want to go, I want to stay, I want to stay.’ Rui told me something that touched my heart: ‘The doors will always be open for you. You need to show off your football to the whole world.'”

“I never lost my connection with Benfica, I have that in my heart, everybody knows I want to come back,” Luiz added.

“I want to wear the Benfica shirt again and feel that sensation. The day I come back to the Estadio da Luz it is going to be very special, one of the greatest feelings of my life.”

Could Arsenal consider selling Luiz in the coming window? Could Saliba take his starting role from him next term?