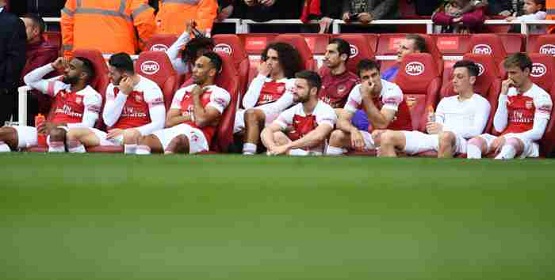 Daily Poll – Who was the worst performer for Arsenal last season?

I have a feeling that two or three Arsenal players will dominate the voting on this one but before you vote I would like to throw out a few stats I gleaned from the statistical website whoscored.com and while I do not claim they are any sort of authority on stats or player ratings I still found their figures very interesting and helpful as a guideline.

As an example, in the Premier League Mesut Ozil and Shkodran Mustafi were both named man of the match twice with only Alexandre Lacazette, Granit Xhaka and Pierre-Emerick Aubameyang above them on four apiece.

Mustafi got the third highest rating over the whole season and yet he appears to be one of the most criticised players at Arsenal so something is out of synch there.

Now, I would suggest you vote according to your own experience of the season as a whole and not use ratings or stats as the sole arbiter but as a tool of comparison.

I have only included players that played a minimum of ten games either as a starter or as a sub and I have left out Alexandre Lacazette and Pierre-Emerick Aubameyang because in all honesty I cannot imagine anyone voting either of those players as the worse player of the season.

Also, the poll is based on Premier League games only.

Which player performed the worst for Arsenal last season in the Premier League?