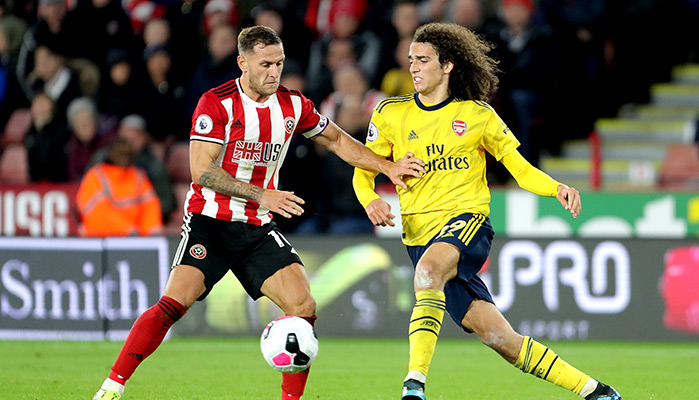 I’m going to give Jose the benefit of the doubt because, to be fair, it’s more the media at the moment who are making  out Spurs are in a crisis because of injuries and their transfer policy. However, you remember how Jose could never quite let go of  Ed Woodward not buying him a centre-back? Why do I think not replacing Kane with a world class striker is ammunition he is saving if things go wrong? The roll Watford are on right now, would this really be an upset?

I can understand some Gooners being desperate for the Arteta appointment to work, but I think some have been too quick to announce a change in our fortunes. The performances have been better than they were under Emery, yet the reality is if we fail to win here then we go to Stamford Bridge in midweek with one League win in 5 under our new boss. If our attitude and mentality is not right, we will drop points

What impresses me about Chris Wilder is he’s not the type to settle for what he has , therefore treating this as a free swing. He will have his players believing they can get a result at the Emirates. Having a coach with that kind of belief is vital and I hope that’s what we now have..

Last weekend was the first time you could question Villa’s work ethic. Anyone can be outclassed by City but there was zero fight from Villa, it’s like they just accepted defeat. With games coming every few days, it’s the worse time to be conceding 6 goals. That should give Brighton the incentive to test the visitor’s fragile confidence.

With Pep conceding the title race is over it’s almost like his players are playing with the pressure off- which makes them dangerous. On their day they are still the most beautiful team to watch in this country. This could finally be the game where injuries and suspensions catch up with the Eagles.

Having grown up in the area I have a soft spot for the Cherries, who for the first time since promotion genuinely are worried about relegation. The problem is Eddie Howe tried to adapt how they played but now needs to go back to what brought them to the dance. Defensively though they are rock bottom at the moment in terms of confidence, so it’s a great time for the Canaries to play them.

At which points does Ralph Hasenhuttl get credit for the Saints turn around? At Christmas they were 1-0 down to Watford which would have seen them fall bottom of the League, now they are joint on points with Arsenal.It shows  the fine margins between a boss getting sacked or not. Danny Ings has got to be a contender to benefit from Kane’s injury for England. I thought Wolves really missed a chance in the Cup against United and will need to do better here.

David Moyes will be extra motivated, given that there were Everton fans who looked down on the idea of him being reappointed. He’s won 2 out of 3 but I still doubt he’s the man to give the Hammers the style of football they want.

Newcastle’s strikers have both got badly needed goals recently and the hope is this will start a run. The only problem is in a fixture like this how many chances will they have? You might get one great chance and at the moment it feels like they need 5 chances to score. Chelsea have been inconsistent at home but away from home have been good

Both managers have put their loss of form down to their fixture pile up. When the likes of Sean Dyche is claiming players can’t play twice a week you know players are being too protected. Once the mini break is introduced next winter let’s see how many teams stay at home with their feet up.
Put it this way, it didn’t take long for Spain’s 4 best teams to be paid to go and play in Saudi Arabia.

To be fair twice against Liverpool, United have stood up and fought for the shirt under the guidance of Ole, the side closest to beating them in the League this season. Both of those times though were at Old Trafford, and I just wonder how many in the away dressing room believe they can get a result. If the League leaders score early this could be a rout..