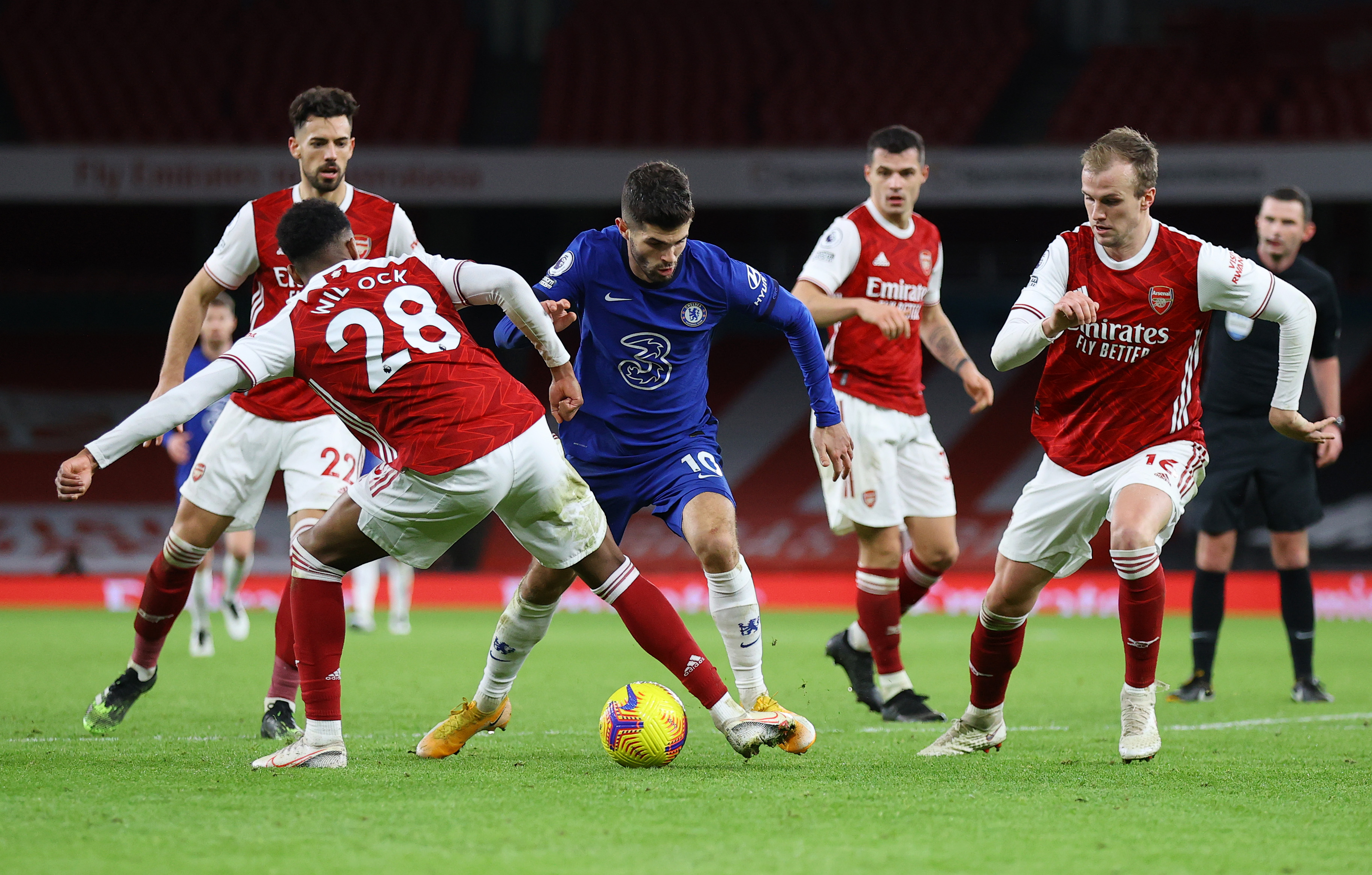 Due to every point being crucial in crowning the inaugural JustArsenal EPL predictions Champion, we will be including the midweek fixtures.

It puts us in a unique situation where we have to forecast the Man United v Liverpool fixture without knowing how United fared against Leicester. Don’t blame me, blame United fans who thought it was a good idea to break into Old Trafford and injure six police officers.

Ole’s not happy that this will be United’s 2nd out of 3 fixtures in the space of 5 days. I maintain if he’s not happy then blame your ‘fans’. Maybe some supporters need to learn that breaking into Old Trafford, throwing missiles and injuring police officers will have consequences.

With Champions League qualification assured, Leicester will be hoping their opponents rest talent for Thursday, but even if they do, it doesn’t mean the Foxes have the mentality to cope with the pressure. Which is a shame, as they deserve to enjoy FA Cup Final week (why is that not after the League finishes?)

I’m writing this before Fulham play Burnley, so the Saints could be safe by time they kick off. Essentially though Fulham have to win all their games, so I don’t think the Saints are sweating.

I like to think the Eagles will carry on playing positively now they are safe, but that could have been because they were playing Sheffield United.

One of those games that I’m grateful there are no fans at, because boy would the home supporters kick us while we are down (let’s be honest we would do the same).

We have to win our remaining games just to have an outside chance of qualifying for Europe (if 7th is enough), while they don’t have enough eyes – given how much they have to focus on. They have an FA Cup and Champions League Final to look forward too.

Anyone else see the irony that on Sunday Arteta made the choices he should have made on Thursday? E.g. Saka at left back, Martinelli starting, etc.

When I predicted West Ham vs Everton, I pointed out how both sides have dropped silly points every time they are expected to push on.

The Toffees for example have got results at Old Trafford, White Hart Lane, Anfield and the Emirates, yet have lost at home to Newcastle, Fulham and Burnley.

So it would be like them days after getting three points at West Ham to slip up at Villa. They must realise this is their last chance to challenge for a European place. A win puts them 6th so the motivation should be high.

As much as Ole insists he doesn’t care if resting players for the Europa Final impacts those in the race for the top four, you know secretly he’d love to cost Liverpool a place in the Champions League. I’d go as far as saying if with 10 mins to go this was a draw, he’d see out the game just to hurt Klopp’s men.

When you’ve done your EPL Predictions, start thinking guys of your teams, flops, etc of season as in the next few days and weeks we will do a poll and vote for the inaugural JustArsenal team of the season, and teams based on other criteria.