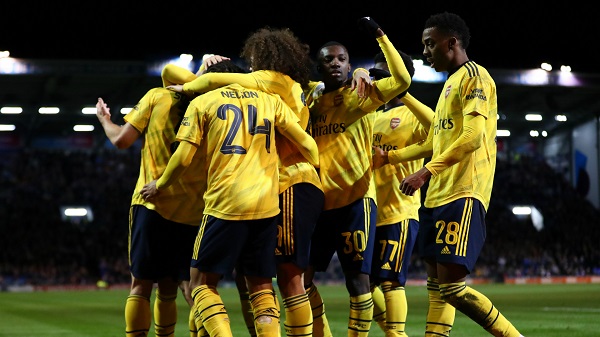 So, we are back up and running with the football season after our long enforced break, and now the dates and times have now been confirmed for all of Arsenal’s game up until the first of July.

The games are set to come thick and fast, starting with the massive game against Man City at the Etihad, and the Gunners have 5 fixtures to be played in the space of just 15 days, which is going to be tough on the players who are likely to need time to get truly match-fit.

Strangely, the Man City games plus the next three, are all being played away from home, which may not be a bad thing when looking at how the Bundesliga results went in the first couple of weeks.

So here are the official dates and times for the first 5 Arsenal games:

Luckily for us, the Man City and Brighton games are scheduled to be live on SkySports, while the Cup match against Sheffield United and the other two League games will be on BT Sport.

So, although we may not be able to go out much, at least we can sit back and enjoy a feast of football watching the Arsenal. And if we can get any sort of a result against Man City, perhaps we will still be unbeaten by the time July comes around…