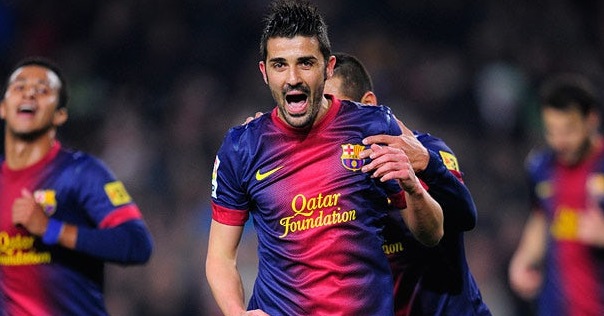 David Villa reveals how close he came to signing for Arsenal

David Villa claims he felt 90% sure that he would sign for Arsenal and Arsene Wenger.

David Villa has revealed that he came very close to joining Arsenal in 2013 after growing fed up with the limited chances he was being offered at Camp Nou.

The Spaniard developed a reputation as one of the game’s best scorers when he turned out for Barcelona.

He, however, fell down the pecking order in his final season at Camp Nou and he sought a new challenge.

He attracted the attention of several top sides, but he came very close to joining Arsenal and he claimed that at some point he believed that the transfer was up to 90% done.

However, Atletico Madrid offered him their proposal before he could complete the move to Arsenal and he joined them instead.

He told BBC Sport: “We were in a lot of meetings and a lot of calls.

“I felt 90% in that moment that I [would] go to Arsenal and Arsene Wenger.

“But at that moment we didn’t arrive at the deal, Atletico Madrid arrived and in three or four days fixed everything.

Arsenal was not the only English team who wanted the Spaniard with Liverpool and Chelsea also looking to sign him at the time.