Arsenal could be set to strengthen at right-back this summer.

That’s according to reliable Spanish journalist Kike Marin on Twitter, as he describes the 23-year-old as one of Arsenal’s “goals” for the summer. 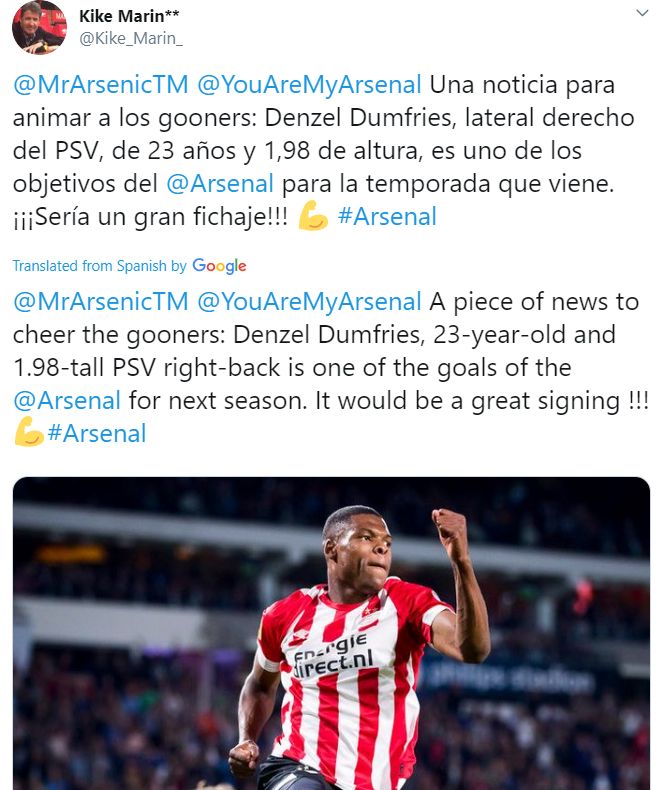 It would be interesting to see what this means for Hector Bellerin at right-back, with the Spaniard certainly not as guaranteed to be a regular starter as he used to be.

For all Bellerin’s quality, he’s had his fitness struggles in recent times and that means it’s probably sensible for us to be looking for alternatives in that position.

Ainsley Maitland-Niles has done a decent job there on a number of occasions now, but it seems clear it’s not his preferred position and he had also recently been frozen out of the side anyway before the season was suspended.

Dumfries looks a fine talent so let’s hope talk of AFC being in for him proves accurate.