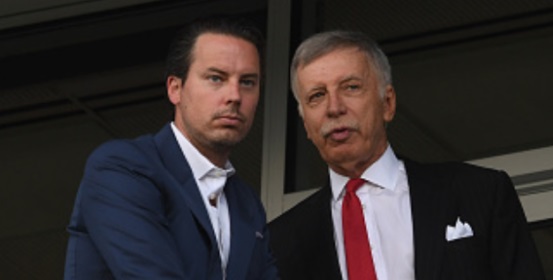 Despite all the changes has anything really changed at Arsenal?

It’s been an excruciating summer transfer window, especially after what we were promised and what was expected two seasons ago, when Gazidis introduced the three musketeers stooges, whatever suits your agenda.

I have looked at three areas that should have changed, but it seems, the same old Arsenal still carries on, despite the appointment of a completely new coach and backroom staff, along with the views expressed on here that we were getting “Our Arsenal Back”.

It has always been alleged that AW was the man who dithered, offered ridiculously low bids and, by doing so, lost us many players. To date, we have been in “negotiations” for Tierney since the end of last season, with his name being seriously considered as early as last season’s January window. Two known bids have been received by Celtic.

The same goes for Saliba, with his name on our wishlist for over five months and his current club confirming our interest in the player, with confirmed bids.

Zaha is another player firmly linked with the club, with at least one firm bid being rejected. Finally, the only other confirmed bid we know about is Everton, and this one seems to be gathering speed with the help of Edu.

It seems that we have no problem with the salaries we are offering, as it is being reported that Tierney, Saliba and Zaha have all agreed to personal terms and want the move.

WHY HAVEN’T THESE TRANSFERS BEEN COMPLETED? NO CHANGE THERE IT SEEMS!

The never-ending awful negotiating techniques of our club, it seems, continues. All of the three clubs that we have made known offers to, stated quite clearly what they wanted and, just like before, we went in with ludicrously low offers that were insulting to those clubs. Not only has this reflected badly on our club, but it has also opened up the opportunity for them to play hardball and create an auction scenario, as in the case with Saliba and the rumoured spud bid.

WHY OPEN OURSELVES UP FOR RIDICULE AGAIN? NO CHANGE THERE IT SEEMS!

3. Players and issuing of contracts:

When Aaron Ramsey was left to run down his contract and allowed to leave for free, the club lost between £40 – £60,000,000 on his transfer value.

The agreed contract written out by Gazidis was rightly taken off the table…but then the club sat back and refused to re-negotiate anymore, perhaps believing that he would accept an offer less than he thought he was worth!

Five players were offered and accepted new contracts, some of which doubled their wages and these were seen by many as deadwood. Lichtsteiner was granted a one year contract worth £3,640,000 as a reported back up to Bellerin.

Saurez, on loan for six months, played about 45 minutes for the club and (if we take his salary at Barca as a guide) cost the club £540,000.plus the injury treatment costs he received.

WHY IS SO MUCH MONEY BEING WASTED? NO CHANGE THERE IT SEEMS!

In summary, fellow Gooners, have we seen any difference between the new and old regimes in the areas I have discussed- contract negotiations – transfer dealings – salaries?

Is there any of you out there who still feel that, since the changes made two years has it really made any difference off the pitch?

Even if we end up signing the four players mentioned, has the saga been any different or better?

This is not about trying to defend any one regime, rather trying to address a falsehood that claimed it would be different once changes were made.

Terrible mistakes have been made in the past, we all know that, but why is it continuing?

The one and only constant in all of this over the last ten years has been one man, the owner of the club, surely that is now plain for everyone to see?