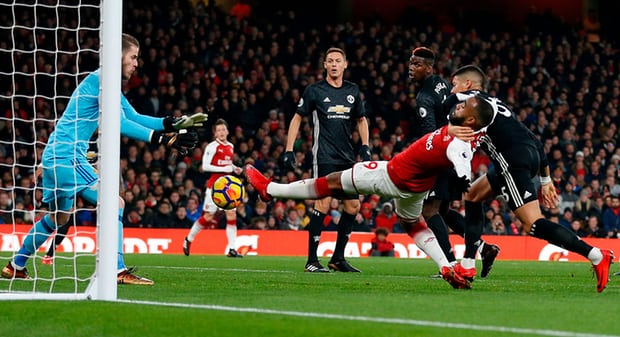 Did Arsenal try to sell Lacazette to balance the books?

Obviously during the international break we expect some very strange stories and Arsenal transfer rumours to fill in the gaps in the media sports pages, but this morning’s revelation that Arsenal were considering Alexandre Lacazette during the transfer window has a ring to truth about it.

Football.London have reported that the Russian football agent Dmitry Cheltsov told the Russian Sports Business Gazeta that he had tried to offload Lacazette to Zenit St Petersburg in the summer for a cut-price fee. He was quoted as saying: “I offered Alexandre Lacazette to Zenit. Their sporting director Javier Ribalta said to me: ‘Are you crazy? His release clause is €68m.’

“I told him you can negotiate with Arsenal. I am sure they will be ready to accept something between €50m and €55m. His salary would be €7-8m after tax.”

Considering that Lacazette scored 19 goals for Arsenal in the last campaign it seems strange that the Gunners would be willing to let him leave, but the fact is that the Frenchman rarely played a full 90 minutes and it is possible that the Board was aware that he has an underlying medical problem that they were trying to manage. Remember that has been going on even while Wenger was manager.

Another possibility is that Emery had worked out that he needed a left-winger more than he needed two top Number Nines, and was willing to sacrifice Lacazette to help cover the cost of Pepe. That money was then recouped by the sale of Iwobi instead.

Why do you think Arsenal would have tried to sell him (if it’s true of course)?