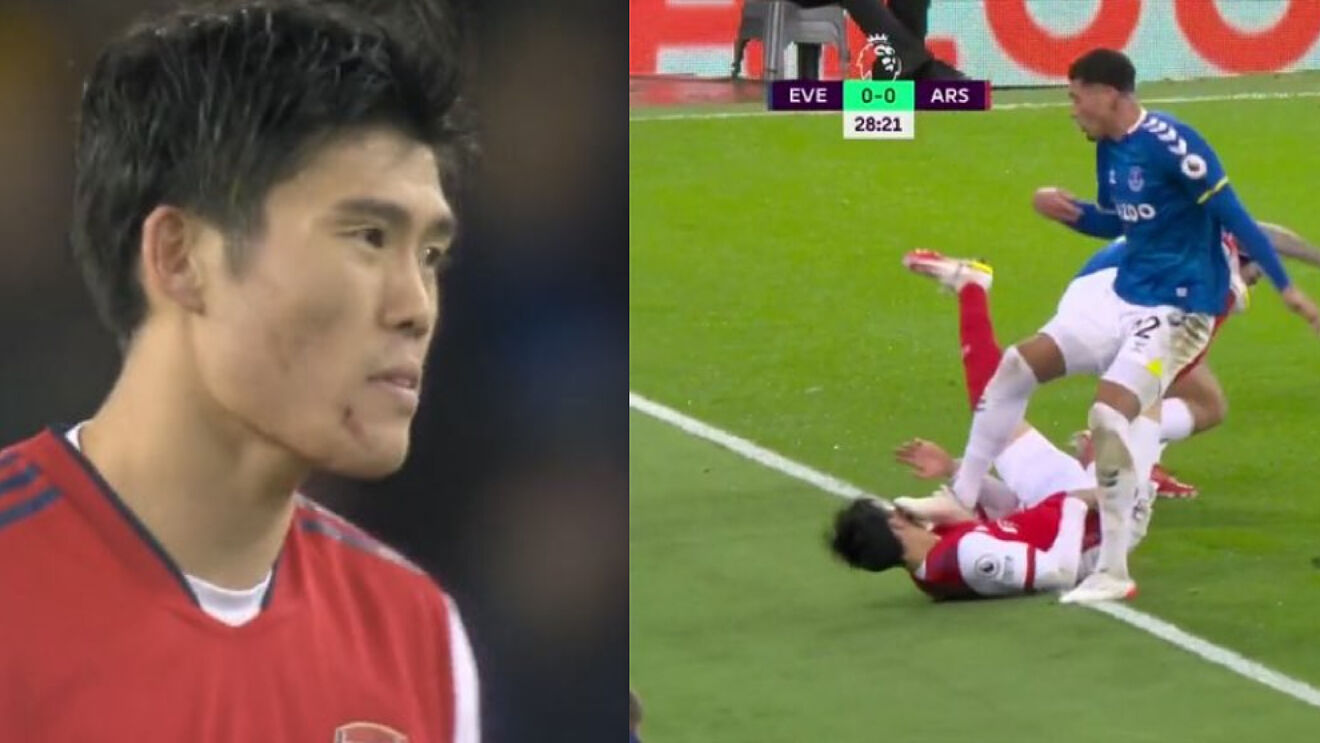 Did Godfrey deliberately stamp on Tomiyasu? Neville gives his opinion

One of the controversial incidents from Arsenal’s match against Everton yesterday was Ben Godfrey’s stamp on Takehiro Tomiyasu.

The officials deemed the Everton man’s action not malicious, including VAR even though it appeared he knew what he was doing.

The referee did not send the Englishman off for the incident, and that decision left most Arsenal fans fuming.

Gary Neville, who spent most of his playing career at Manchester United, is convinced Godfrey 100% meant to hurt the Arsenal man.

He said on Sky Sports’ coverage of the game via Sun Sports: “As a professional, he 100% means that.

“I can see why VAR has said it is accidental, we couldn’t prove it but as a professional he meant it but I can see why it is not a red.”

The decision not to send Godfrey off is just another example of why VAR is still too inconsistent.

In another game, the referee may have shown him the red card immediately.

Thankfully, Tomiyasu didn’t get hurt too badly as he is one of Arsenal’s most impactful players in this campaign.

The Japanese star still did his job last night and will hope to help the team win the next game.

“He has done brilliantly” Arsenal star has impressed this former Gunner
29 December 2021, 23:00