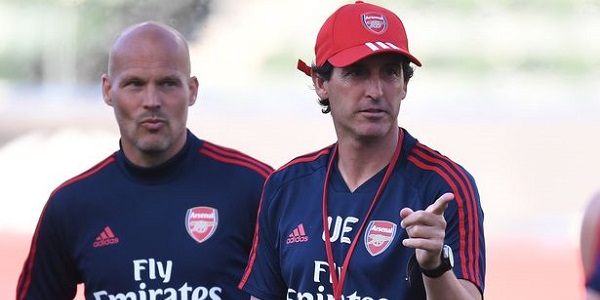 Freddie Ljungberg got his reign as Arsenal interim manager off to a mixed start with a 2-2 draw at Norwich City on Sunday. That result had some commenting that the Swede is not really any different to his predecessor Unai Emery.

Well, it seems that may not be quite the case according to an article in written by James McNicholas

The subscription-based report, as cited by The Metro is claiming that Ljungberg and Emery never had the same views on tactics.

Apparently, Ljungberg has admitted in private that he and Emery never agreed tactically.

Personally, I am inclined to go along with this. It makes sense to me because Emery’s tactics were bewildering on occasions. They did not represent the way Arsenal historically played and Freddie would have known that.

We will know soon enough with games coming up quick and fast starting with Thursday evenings Premier League clash with Brighton at the Emirates.

I just cannot see Freddie taking the same sort of pragmatic approach that Emery employed, especially near the end of his reign.

I fully expect a far more attack-minded approach and if that is what we get to see then it will confirm, to me at least, that the report in the Athletic is accurate.