Do Arsenal regret appointing Emery instead of Arteta? 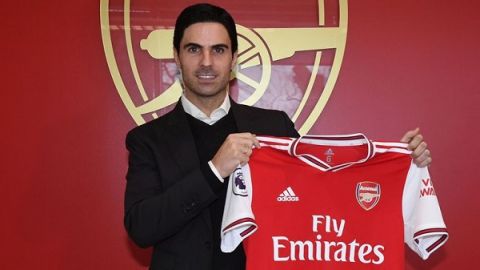 Would Arteta have made Arsenal real title contenders if he were appointed when Wenger was sacked?

Hello family, good morning and happy holidays! Today I want to talk about what would have been, if Arteta was chosen as our manager when Wenger was sacked instead of Unai Emery. Now, this argument was started by an Arsenal friend who I met on one of these numerous Arsenal supporters Whatsapp groups. After our game against Leeds United, the group got bubbling; many fans in the group were obviously excited by our slim victory over Leeds United. However, in the midst of all the euphoria, my friend asked: “If we had hired Arteta instead of Emery when Wenger was sacked, we would have been genuine title contenders by now”. Do you agree?

Now, I am not one to second guess events but once in a while, I like asking myself questions like “if the circumstances were different, would I have achieved a better result?” yes, as humans, we always seek the best way to get things done, but most times, we don’t get what we want, do we? In football, when a new player or a new coach is hired, the atmosphere around the club becomes an atmosphere of expectation and hope.

The club management, the players who have been at the club and even the fans, all believe the arrival of a new coach or player would herald good things for the club. When we hired Unai Emery, we probably felt we had gotten the man to help us get to our promised land. Emery tried his best but somewhere along the line, he got stuck.

His first season at Arsenal was a good season if we are to be honest. During the course of his first season, Emery played 22 games unbeaten; we beat some big teams and we got to the final of a European competition. What better way of starting your Arsenal career as a coach of one the biggest club in the world. In his second season, for reasons I can’t really pinpoint, Emery made a mess of the good job he did in his first season. With so many games being lost and stories of players and fans not being in support of his continual stay at the club, he was asked to leave. He was relieved of his job as coach of Arsenal.

Arteta was appointed manager of Arsenal after weeks of negotiation. In the interim, Ljungberg was made a care-taker coach until the club gets their manager. Freddie probably was not ready to coach a big team as at when he was in charge. He tried his best but at the end, the tasks were too enormous for him to; he even asked the club to be fast in appointing their manager, so that he could get away from the spotlight. Can you blame old Freddie? The club is a big club and you need to be prepared mentally to work in a club like Arsenal.

Now, After 4 games, Arteta seems to have turned the tide to Arsenal’s favour and the mood everywhere is that of happiness. However, my question is, how long will this feel good factor last? As expected, when a new coach is appointed, everybody sits up and wants to create a good impression right? When the players get tired of the coach, will Arteta still perform his magic?