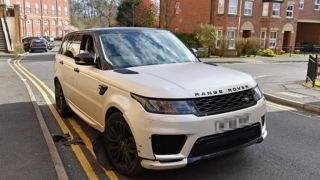 Arsenal have been linked with moves for both Luka Jovic and Jack Grealish this summer, but both have gone against their respective countries advice since the Coronavirus pandemic hit, but what do fans think about this?

Jovic for me has to be given a certain amount of leniency, given the strenuous circumstances he has flown home to be with his family, and to try and help and ‘support his country’. The Serbian government however urged everyone NOT to travel back to Serbia, especially from those countries most infected, which he claims to have been unaware of. As far as I’m aware, this is the worst thing he has done, and who can blame a man for wanting to help his family at some a horrific time.

Grealish on the other hand is completely different. The Aston Villa put up a video on Twitter recently urging people to stay at home, unless absolutely necessary, only to then get caught leaving a friends property in the early hours of the weekend.

He has since published a video publicly apologising for the incident, and claims that he will not be doing anything similar in the future.

The police are said to be expected to follow up with Grealish on the incident, whilst his club are said to have fined their player £150,000 for the incident, but little is being said about the state of the player.

Grealish was clearly trying to drive home in a supposed drunken state, and the repercussions could clearly have been 10 times worse had he managed to avoid those parked cars and actually tried to drive his vehicle all the way home.

This is an extremely dangerous situation which was luckily stopped because he was spotted causing damage early into his journey, which forced him to get picked up instead.

This is exactly the sort of behaviour that needs to be dealt with seriously, and an apology will not cut it with me.

Does Jovic deserve credit for his intentions? Can the police still take action against Grealish, and hopefully take his license away? Would you still be happy for Jack to join Arsenal this summer?