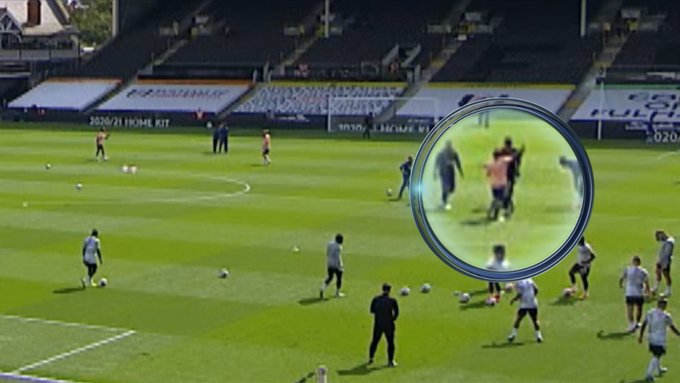 Does the Nketiah/Ceballos bust-up show Arsenal are showing passion?

The gloves are off! by Shenel

Pre match normally gives us analysis on what is to come and match predictions, but the Fulham v Arsenal coverage had a little extra bite with it today.

While we were patiently waiting for kick off, for those of us that watched the BT Sport coverage, it was noticed that during the pre-match training an altercation happened between Eddie Nketiah and Dani Ceballos.

Both players started on the bench and were maybe given a little more time to rest as Nketiah was on international duty with England, and Ceballos had not long joined us on loan for a second season.

They were training in their group, as they do if they are on the bench for the start of each game, and a rather strong tackle from Ceballos on Nketiah seemed to start the altercation that took place. Ceballos was seen to go in strongly on Nketiah and was the first one of the two to push Nketiah, despite being the one to nearly injure his teammate. He then seemed to go in once more and maybe Nketiah had said something to him, and both players initiated the pushing of each other, having to be separated by Kolasinac and another member of staff who took Nketiah away from the situation.

Both players then remained on the bench for most of the game but were called upon to then help close up the game with their team 3-0 up.

Could the “fight” be both players showing the passion they have for the club and their anger coming through because they are not in the starting line-up, or is it more of an underlying issue that we are not aware of?

Whatever it is, can we expect to see the same amount of discipline for both players by Arteta, as he showed to Guendouzi after his antics against Brighton, given that he allowed both players to come on as subs I think not, but it could be that he is not aware of the incident or he will deal with it privately.

Watch the video of the altercation here