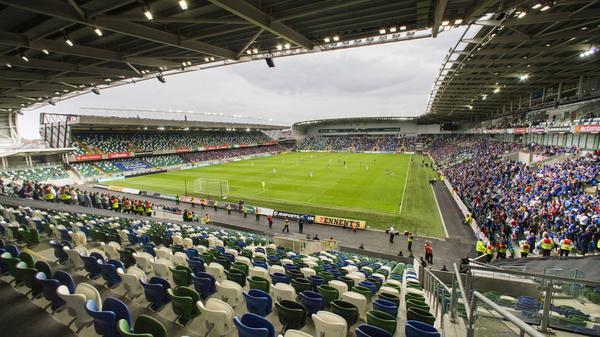 Arsenal have been lucky with our Europa League Group stage draw this year, with three relatively easy and local opponents to get past, with one of these being Dundalk across the water in Eire. They only have a very small ground with just 3000 seating capacity for Europa games, and in the hope that lockdown restrictions will be eased sometime before they play, they are trying to get the game moved to a much bigger venue.

Dundalk originally wanted to play at the AVIVA Stadium (the old Lansdowne Road in Dublin) but with the FAI blocking that route, it is being reported that they are now trying to get it moved over the border to Belfast’s Windsor Park National Stadium, which has a capacity of 18,500 and could give them a lucrative payday if crowds are allowed at the Arsenal game.

This could be problematic to arrange, as UEFA’s guidelines on change of venues reads: “In principle, a club must play all its matches in the competition at one and the same venue. As of the group stage the venue can be changed only based on a UEFA decision.

“A venue may be the ground of the home club or another ground in the same or another city within the territory of its association.

To be honest, with the Covid second wave in full swing, they may be flogging a dead horse anyway, as it will mean that Northern Ireland, which is part of the UK, may still have restrictions in place, but you can’t knock Dundalk for exploring all avenues..