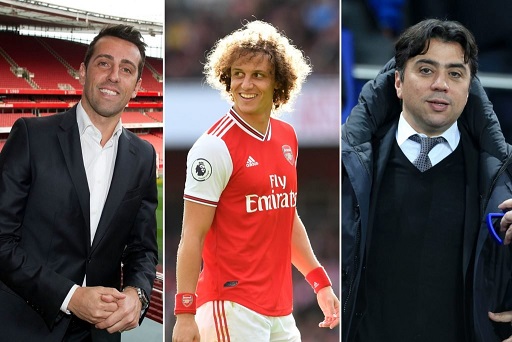 Edu and Joorabchian – Can Arsenal fans see a conflict of interest?

Conflict Of Interest? By Dan Smith

It’s safe to say that if Arsene Wenger was still in charge we wouldn’t have made some of the signings we have in the last couple of years. The Frenchmen refused to work closely with the likes of Kia Joorabchian. That’s not me saying he was right or wrong either way, but the greatest manager in our history was stubborn about using agents to find him players.

While his principles were noble you sometimes have to move with the times or be left behind.

Last summer, having done a similar job in Brazil, Edu was appointed Arsenal’s technical director. It was in Brazil that a professional relationship with Joorabchian grew into a friendship.

Our former midfielder doesn’t really have a boss to answer too. He’s trusted to do what he did so well with Corinthians. If he has certain networks he wants to utilise, then that’s his prerogative. It’s not like Stan Kroenke will be appraising who he sales and buys. I bet out our owner couldn’t name 10 members of the squad.

I don’t dispute that a former Invincible’s heart is in the right place. Yet the healthiest lifestyle is where you can keep things separate. Your work is your work, your mates are people you see in your spare time. So, by working so closely with someone you are close to, there can be a conflict of interest even if both parties don’t realise.

Edu knows that any transfer involves throwing a couple of million in the direction of an agent so it’s just as well you help out someone you know instead of a stranger?

Kia meanwhile can use his impressive list of clients and use his new connections in North London to get his clients a pay day as he will know what the criteria at the Emirates is. For example, what the budget is, what salary they are likely to pay, etc.

Last week he did an interview with Talksport describing the previous regime as: “Everyone else has made £80million, £60million, £50million transfers and people forget about the previous guy Sven. He made a bunch of, I don’t like to use the word, but c***-ups with players that he brought in at very large numbers.’

This follows on from a few months ago describing us as a ‘shambles’ behind the scenes but ‘WE’ are now building a proper structure. What did he mean by WE? To clarify, this man is not an employee of Arsenal FC, yet he feels he can publicly discuss business I assume our club would like to keep confidential.
He either thinks he’s more important than he is, or off the record he is a big part of our recruitment strategy?

Let’s be honest if he were the person responsible for say getting Coutinho to sign on the dotted line then fans wouldn’t be skeptical.

For 9 million we can loan a midfielder who will make us better, but yet again we lack the aggression or ambition to do it. If he were the man making the deal happen then everyone wins. Instead we are getting his misfits. We seem to be doing him a favour not the other way round.

Did we need him to point out who Willian is? Could he have given us any information on David Luiz that Arteta wouldn’t have known? Anyone who’s heard our manager speak will know he’s more than capable of negotiating with a talent.

The only deal we maybe wouldn’t have thought of ourselves is about giving Cedric a three-year contract and there’s a reason for that.

I’m not saying he influenced David Luiz getting an extension, but it does feel at the moment he’s done very well for his clients (and therefore his bank balance) but not his buddy Edu or Arsenal.

Is this conflict of interest helping Arsenal? I’m not so sure…