According to the Athletic (subscription required), Arsenal midfielder Matteo Guendouzi was disciplined for a second incident during the Gunners’ winter break trip in Dubai.

The Frenchman was dropped from the squad for Arsenal’s Premier League tie for Newcastle after being involved in a training ground bust-up with a teammate.

Mikel Arteta wasn’t the only man to give the ace the hairdryer treatment though as chief Edu pulled up Guendouzi for his behaviour at an event.

The Athletic report that Guendouzi briefly took off his shirt before waving it in the air in support of a musical act. 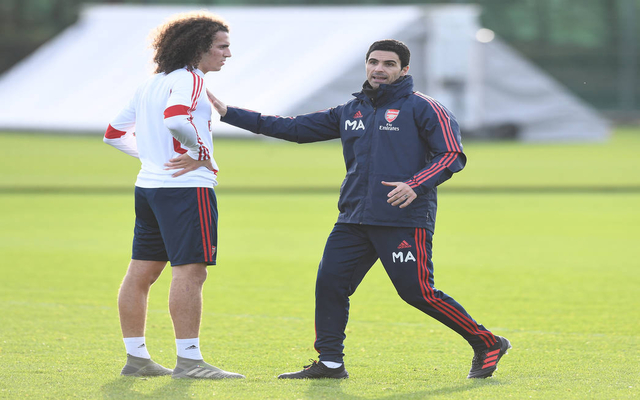 Guendouzi and Arteta in training.

Fortunately it seems that neither incident seems to have been too serious, perhaps this whole furore could be a blessing in disguise for the 20-year-old.

Guendouzi should now have a better understanding of what is expected of him off the pitch.

The French star will also be well aware of Arteta and the club’s no-nonsense stance when it comes to any breaches of conduct.

Perhaps this kind of approach to any wrongdoings is exactly what the Gunners need after years of mediocrity.

Guendouzi returned to action for the north London outfit in yesterday’s win against Everton. The central midfielder came on as a substitute in the 82nd minute.

Ajax sends a not so subtle message to Arsenal about Marc Overmars
9 December 2021, 16:30

Saliba and Guendouzi continue to impress and other Arsenal loan updates
6 December 2021, 18:30