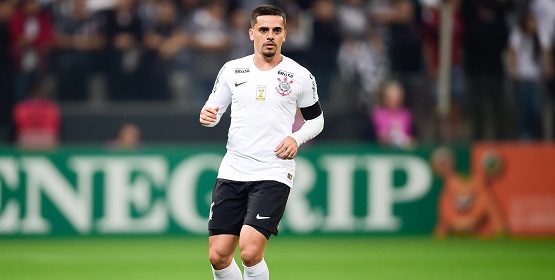 Edu recommends Brazilian for Arsenal – do not get too over excited

Former Arsenal legend Edu has not yet taken up his role as the clubs new technical director but is already having an influence behind the scenes, according to the latest reports.

Edu has apparently urged the club to sign right-back Fagner who currently plies his trade for Brazil club Corinthians.

The Brazil international previously played for PSV and Wolfsburg in Europe but basically flopped playing just three games for the Dutch giants and 26 times for Wolfsburg before both clubs loaned him back to Brazilian teams.

To be honest the 30-year-old does not inspire any confidence and it has to be hoped that Edu will make far better recommendations.

The Arsenal defence does need strengthening no doubt but to go for a player that is coming to the twilight of his career, that failed with smaller teams in Europe and who is expected to adapt very quickly to the English game because he is reportedly cheap does not look the most inspiring choice.

While we have to be careful with whatever our transfer budget is does not mean that we should be going for cut-price deals for the sake of it and that is what this one looks like.

Edu will know far better than the likes of me but like any Arsenal fan I have an opinion and basically, if this is what the future holds under Edu then I despair.

Hopefully, I am wrong.