“Either way, it sums up the Gunners’ season” Journalist laments inconsistent Arsenal

Arsenal has been told they need to find some consistency if they are serious about achieving a decent end to this season.

The Gunners have had an inconsistent campaign that threatens to end without European football.

After beating Sheffield United and Slavia Prague in consecutive games, their fans expected them to easily beat Fulham in the Premier League today.

But they earned a 1-1 draw instead and were closer to losing the game than winning it.

Dropping points to Fulham after beating Slavia Prague away from home on Thursday perfectly captures how they have been dogged by inconsistency in this campaign and Standard Sport’s Simon Collings says they have to fix that problem before they can make progress.

He says they have shown that they can earn some huge results, but putting in a terrible performance is never far away from them and they have to get that sorted sooner than later so they can achieve their goals.

He writes: “Against Slavia Prague on Thursday they had been excellent, but against Fulham they lacked the same zip. Perhaps this was a bit of a hangover from that fine win. Either way, it sums up the Gunners’ season.

“They have struggled for consistency throughout the campaign, something Mikel Arteta has himself pointed out, and this draw only emphasised that. You have to go back to January to find the last time Arsenal won back-to-back Premier League games.

“If they are to progress under Arteta, they need greater consistency. Right now, it is a case of two steps forward, one step back.” 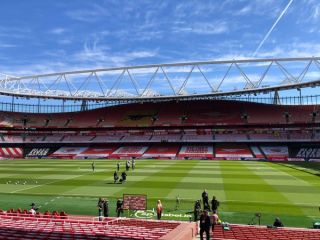