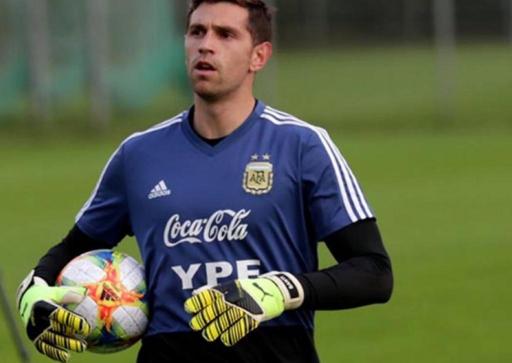 Emi Martinez has revealed that he was told he had a 95% chance of starting the season as Arsenal’s first choice, which lead to his decision to quit the club.

The shot-stopper enjoyed an amazing run of form when stepping up whilst Bernd Leno was sidelined through injury, helping the club to win the FA Cup before starting the new season with another great performance at Wembley to stop Liverpool winning the Community Shield.

His future remained up in the air throughout the summer however, and he eventually left to join Aston Villa, but it turns out he was in Arteta’s mind to start the season in goal, but Emi wanted guarantees, something which the manager couldn’t do.

Martinez told the Independent: “I thought if I played well that game, I would be No 1, but afterwards it still wasn’t clear who was going to start in the league,” he explains.

“I was told that there was a 95% chance I would start against Fulham [on the first day of the season], but I just thought, ‘why not 100%?’ Something didn’t feel right.

“Everyone wanted me to stay, but that’s when I decided to go. I wasn’t upset or emotional, I was proud I did it. When I arrived at Arsenal [in 2010], there were nine goalkeepers in front of me. Every year I had to prove myself, but I left as No 1. That was my story done there.

“The following morning I texted Mikel [Arteta] and told him. I thanked him, I said I won these trophies because of the way he trained, the way he changed the team. I trust his process so much, he is incredible. [When he was a player], I always thought he was different.

This goes against Leno’s recent claims where he told Sky Sports (via Goal) that he was always the number one, although there is no such debate going forward.

Do we think Emi would have kept his spot between the goalposts against Fulham if he hadn’t called Arteta with his decision?