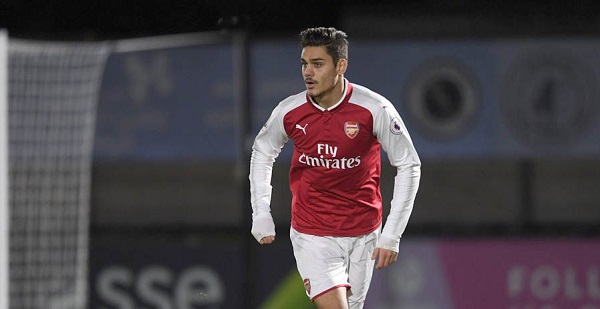 Arsenal may sanction the loan move of defender Konstantinos Mavropanos next month after two teams became interested in signing him.

Mavropanos has been used sparingly by Arsenal this season as he has featured just once for the team and that came in the Europa League.

Reports from Sportwitness claims that English side, Nottingham Forest and Greek giants Olympiacos are interested in signing the young defender.

He was one of Arsene Wenger’s last signings before the Frenchman left, and there were high hopes for him, but for one reason or another hasn’t made the expected breakthrough.

The report claims that Arsenal has to decide if they want him to move to Olympiacos who Arsenal will be facing next in the Europa League or Nottingham Forest who are looking to return to the Premier League next season.

If he joins Olympiacos, he would be added to the Europa League squad and he could face his parent club early next year.

However, it seems that he would have a greater chance of developing his career in the English game if he moves down to the Championship with Forest.

Mavropanos may not be the only player who leaves the Emirates next month, but the club’s new manager will no doubt have a major say in who leaves or stays.