Enough now, no more over the hill Chelsea players at Arsenal

I do not like Chelsea, I freely admit that, so why our club thinks it is ok to take their second-hand players that are past their sell-by date I will never know.

It seems that it is Chelsea that Arsenal has a particular fondness for when it comes to their tired past-their-peak players.

William Gallas, Petr Cech, David Luiz and now Willian is being touted to follow in their footsteps to name just a few.

It does wind me up I must be honest. Of course, it is my job to report on Arsenal news and when a rumour surfaces about Willian, I will do a write-up, but it does not mean that I want him or would welcome him.

Football is tribal but for some reason that is not recognised by our club. Would any of us ever dare to put on a Tottenham top? Would we wear a Chelsea shirt? No, I did not think so, so why would we take players from those clubs that are used up and discarded.

It is not as if we sign their very best players in the prime of their careers, is it? It really does seem to be a one-way street.

I know some will mention Tottenham and Sol Campbell as a counter-argument in terms of signing players from a local rival but I will be frank, I never liked him despite the fact that he was an outstanding defender because I could never see him as anything other than one of them.

Did I cheer when he scored or smashed an opponent? Yes, I did, I am a hypocrite like every other fan when it comes to my club. Damn, I even cheered when Kane scored for England in the 2018 world cup.

However, those were exceptional circumstances, we got the Tottenham captain for free and we will always have that over them, and I feel no shame supporting any England player when on international duty, it is my country after all.

Buying players in a transfer window is not an exceptional circumstance, especially when it comes to signing players that our bitter enemies do not want.

So, enough is enough, no more Chelsea has-beens, please. 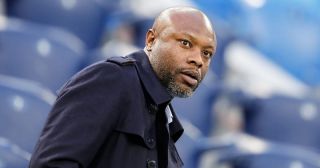 Ex-Gunners advises Aubameyang after he lost the Arsenal captaincy
15 December 2021, 23:59