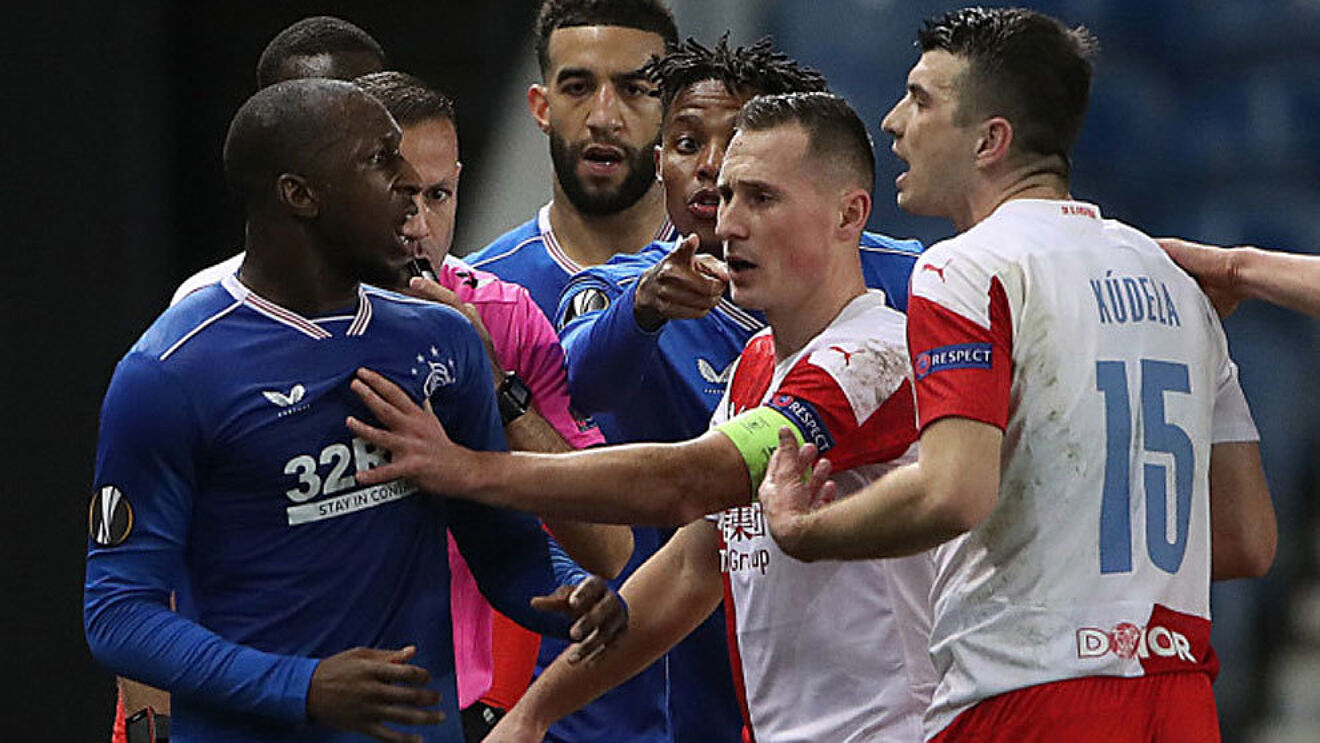 Slavia Prague star Ondrej Kudela will supposedly be questioned by the police when he returns to the United Kingdom to take on Arsenal.

The Slavia defender was part of the team which eliminated Rangers to earn a place in the quarter-finals of the Europa League earlier this month, and caused a storm when using supposed racist language against Glen Kamara.

The player was seen to cup his hand over his mouth as he spoke into the former Arsenal midfielder’s ear, before an eruption of emotion as what had just happened rippled through the teams.

Police Scotland confirmed already confirmed that they were studying the information provided as they looked into the allegations, and the player is now expected to face questioning on his return to the UK for the next round the European competition.

Glen Kamara’s lawyer told reporters (via SkySports): “Glen welcomes the police investigation into the racist abuse he faced from Kudela.

“Police Scotland officers are now expected to question Kudela when he returns next month on the 8th April, to England to play Arsenal.

“There can never be any justification for the deeply offensive, provocative and racist language that Kudela is accused of using.

“A UEFA investigation is now also under way, which Glen will fully co-operate with.

“If Kudela is found guilty, then UEFA must use Article 14 of the disciplinary regulations, to impose robust ‘zero tolerance’ sanctions.”

It would be a huge admission of guilt if the player wasn’t to fly with his squad for the upcoming clash, but you would imagine that this will not affect his participation in the match at the Emirates next month.