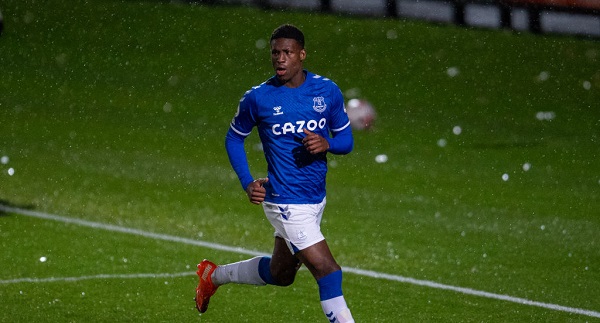 Everton’s teenage star, Thierry Small is a player that has caught the attention of several European sides, including Arsenal.

The 16-year-old recently played for the club’s under23 team and he impressed for them.

He is set to be fast-tracked into their first team if he continues his upward trajectory, but Arsenal has been looking to sign him, according to The Sun.

The Gunners are joined on his trail by the likes of Benfica, Valencia, Monaco and Wolfsburg.

Arsenal has developed the reputation of being one of the best places for talented youngsters to play their football.

However, they will likely miss out on Small with the report claiming that Everton is confident of keeping hold of him despite interest from all over the continent.

The club’s under23 manager, David Unsworth recently spoke about his top talent and said that he isn’t worried about losing him because staying on Merseyside is best for his development.

He said to Liverpool Echo: “The one thing that we can give Thierry is a clear pathway.

“There’s always a clear pathway at Everton for all the youngsters so he’s in no better place to have a career as a Premier League footballer.”